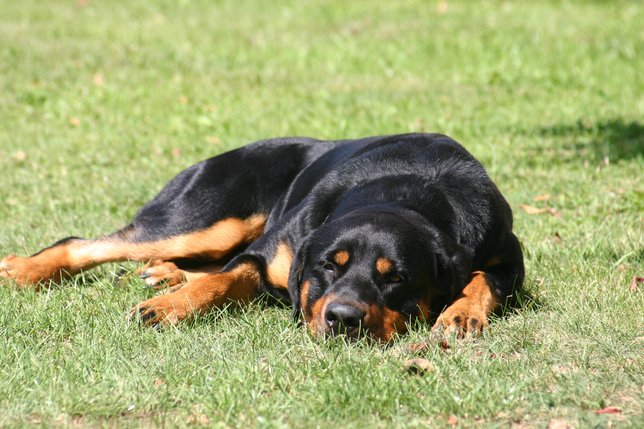 Police were called by an employee of Friends of Freddie Pet Rescue, located at 210 Middle Country Road on Wednesday, June 24 at approximately 8 a.m.  The worker reported that when she opened the store, she noticed the front door was smashed and a puppy was missing.
After an investigation, Sixth Squad detectives determined that Justin Geiger had broken into the shop and stole the dog.  The investigation revealed that on Tuesday, June 25, Geiger went to the store and asked if the puppy had a microchip in it. Employees confirmed that it did not.
Geiger, 23, of 602 Lake Court, Middle Island, had the dog in his possession when he was arrested at his home today at approximately2:40 p.m.
Geiger was charged with Burglary 3rd Degree.  He will be held overnight at the Sixth Precinct, and is scheduled to be arraigned at First District Court in Central Islip on June 28.
Incident: Man Arrested for Breaking Into Animal Rescue and Stealing a Rottweiler Puppy
Location: 602 Lake Court, Middle Island
Date/Time: Thursday, June 27, 2013 at approximately 2:40 p.m
A criminal charge is an accusation. A defendant is presumed innocent until and unless proven guilty.