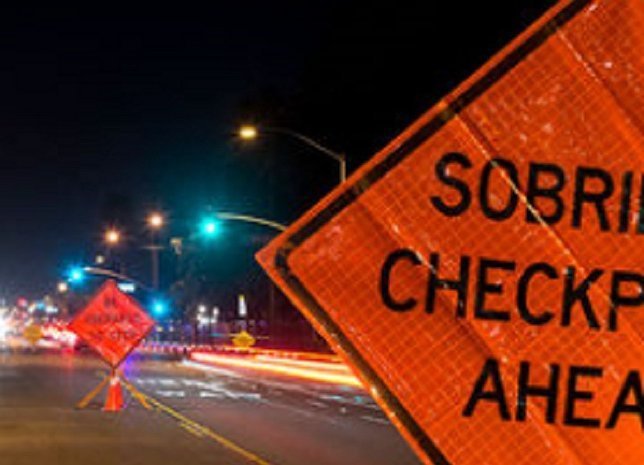 NYS Police issue more than 33,000 tickets during the campaign.

"Impaired driving is reckless, dangerous and illegal, and we have zero tolerance for it on New York's roadways," Governor Cuomo said. "I applaud the State Police and local law enforcement for their continued commitment to holding impaired drivers accountable to make our streets and our communities safer.”

New York State Police Superintendent George P. Beach II said, “We remain vigilant in our efforts to keep our roadways safe for all New Yorkers by deterring impaired and distracted drivers from getting behind the wheel of their vehicle. There is zero tolerance for impaired or distracted drivers on New York’s roadways and we hope campaigns such as this will make motorists think twice and make the right choices before putting the keys in the ignition and endangering the lives of others. We urge all motorists to make safety their top priority and drive sober, wear a seat belt and put away their smart phones. By doing so, they will help to prevent needless tragedies.”

State Troopers arrested 571 people for DWI and investigated 644 personal injury accidents, which resulted in 898 people injured. Fifteen people were killed in fourteen separate fatal motor vehicle accidents over the course of the campaign. As part of the enforcement, Troopers also targeted speeding and aggressive drivers across the state.

Troopers watched for distracted drivers, vehicle occupants who were not properly buckled up, and drivers who violated the “Move Over Law,” which requires motorists to exercise extreme caution when passing emergency vehicles that are stopped in or on the side of the road. Below is a sampling of the total tickets that were issued:

The State Police supplemented regular patrols statewide, including fixed sobriety checkpoints and underage drinker initiatives by utilizing Concealed Identity Traffic Enforcement patrol vehicles to better locate drivers talking or texting on hand held devices. These unmarked vehicles blend in with every day traffic but are unmistakable as emergency vehicles once the emergency lighting is activated. This initiative is funded through the Governor’s Traffic Safety Committee.

Terri Egan, DMV Executive Deputy Commissioner and Acting Chair of the Governor’s Traffic Safety Committee, said, “This holiday enforcement campaign was a successful endeavor for state and local law enforcement agencies, saving lives and keeping our roads safer for holiday travelers. The costs of driving impaired far outweigh the risks, but remarkably people still take these risks and suffer the consequences to themselves and society. While the holiday season is over, the work of law enforcement continues. We thank New York law enforcement for their continued commitment to highway safety and for their great work on the ‘Drive Sober or Get Pulled Over’ campaign.”

The results of the campaign are broken down by Troop below:

In addition, the Governor’s Traffic Safety Committee and the New York State STOP-DWI Foundation collaborated on the “Have a Plan” mobile app, which is available for Apple, Droid and Windows smartphones. The app enables New Yorkers to locate and call a taxi service and program a designated driver list. It also provides information on DWI laws and penalties, and a way to even report a suspected impaired driver.