A.G. Schneiderman Announces Sentencing of LI Pharmacist of Up to 24 Years in Prison For Selling Black-Market HIV Medications 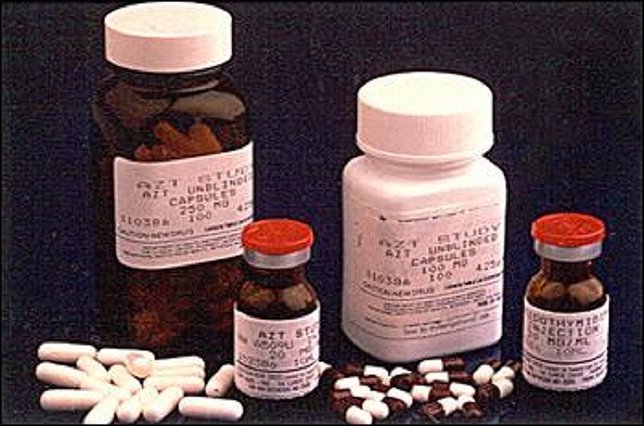 Judge sentences pharmacist Ira Gross to 8 to 24 years in state prison and orders him to repay Medicaid $25 million in restitution for his role in selling black-market HIV medications.

Riverhead, NY - October 26, 2016 - Attorney General Eric T. Schneiderman announced today that pharmacist Ira Gross, 63, of Babylon, was sentenced to 8 to 24 years in state prison for his role in selling over $274 million dollars of diverted, medically worthless HIV medication. Gross was also ordered to pay back the amount he pocketed as a result of the scheme, which totaled $25.2 million. The evidence at trial revealed that from 2008 to 2012, Gross and others sold the diverted medications, mostly expensive HIV antiretroviral medications purchased off the street, to MOMS Pharmacy in Melville.  MOMS Pharmacy then dispensed the diverted medications to thousands of its unsuspecting patients, many of whom were Medicaid recipients, throughout New York and other states, including Massachusetts, Florida, and California.

Ultimately, the New York Medicaid program paid $154,000,000 for those tainted medications distributed to New York Medicaid patients. On August 8, 2016, after a four week trial in Suffolk County Court before the Honorable Richard Ambro, a jury found Gross guilty of Grand Larceny in the First Degree, a class B felony, and other related charges.

“The defendant not only cheated the state Medicaid program, but also preyed on some of New York’s most vulnerable so that he could line his own pockets with millions," said Attorney General Schneiderman. “My office will continue to protect taxpayers and consumers from fraudulent schemes that threaten public safety.”

After a long-term investigation, which included the use of court-ordered eavesdropping, in February 2012, the Attorney General’s Medicaid Fraud Control Unit (“MFCU”) stopped in progress a delivery of $1.2 million in diverted medication and executed a search warrant at MOMS Pharmacy’s headquarters in Melville.  In April 2012, MFCU arrested Gross, three others and ten companies, including Gross’s company Chapparral Services, Ltd., after the defendants were indicted by a Suffolk County grand jury.  The Attorney General also froze millions of dollars from the defendants in a parallel asset forfeiture action.

Dispensing diverted medications endangers the lives of patients by exposing them to drugs of unknown origin and potency and, in some cases, drugs which were mislabeled or potentially expired.  In these types of black-market schemes, medications are illegally obtained from a variety of sources, such as drugs bought from patients who sell their medication regimens on the street for pennies of their actual fair-market value.  The bottles containing diverted medication are then cleaned, often with toxic cleansers, such as lighter fluid or oil-based cleansers such as “Goo Gone,” or the diverted medications themselves are rebottled and relabeled using fake labels and serial numbers and stored in unsanitary or uncontrolled conditions before they are illegally sold back into the regulated prescription medication distribution system.

The repackaged, diverted medications often have broken seals, or contain different medications than what is indicated on the labels. As a result, patients who ingest black market medications may be exposed to potentially adverse drug interactions or serious health consequences.  In contrast, patients who take their prescribed medications, after the medications have moved exclusively through the regulated prescription medication distribution system, are protected from these avoidable risks.

These black market schemes not only impact those who ultimately ingest the diverted medications; they create and finance a street market that, for a few dollars, induces sick patients to sell and forego their life-saving medications.

Gross, who obtained his license to practice pharmacy in 1979 organized the scheme and coordinated the sale of the diverted street medication to MOMS Pharmacy.   Evidence at trial showed that Gross paid Glenn Schabel, the supervising pharmacist and compliance officer for MOMS Pharmacy, over $5 million to buy medication that he knew or should have known were diverted. Schabel, 55, of Melville, was also arrested and pleaded guilty in September 2016 to Criminal Diversion of Prescription Medications and Prescriptions in the First Degree and Commercial Bribe Receiving in the First Degree.  Schabel was sentenced to two to six years in state prison and has paid $5,456,276.62 in restitution.  He was also required to surrender his license to practice pharmacy.

Stephen Manuel Costa, 32, a Florida resident, was also arrested and has pled guilty with technical assistance from Gross, Costa incorporated four separate companies as “wholesale” distributors in Alabama, Mississippi, North Carolina, and California, to disguise the sale of the diverted medications to MOMS. Costa procured millions of dollars of black-market HIV medications and sold them to MOMS Pharmacy through those four shell companies—SMC Distributors, Fidelity Wholesale, Optimus Wholesale, and Nuline Pharmaceuticals, each of which have already pleaded guilty.

A fourth defendant, Harry Abolafia, 69, a resident of Texas, also pled guilty and was sentenced to jail. At Gross’s direction, Abolafia created false invoices for Costa’s companies to make the transactions to MOMS Pharmacy to appear to be legitimate.

Gross, his spouse Lois Gross of Babylon, and their adult children Dakota Gross and Chelsea Gross, remain as civil defendants in the Attorney General’s forfeiture action, seeking return of the proceeds and substituted proceeds of the criminal scheme that are held in their names. That action continues.

The Attorney General thanks the New York State Office of the Medicaid Inspector General (“OMIG”), particularly its staff of pharmacists and other specialists, for the valuable role they played during the course of the investigation.  The Attorney General additionally thanks the United States Department of Health and Human Services, Office of the Inspector General, the Office of the Special Narcotics Prosecutor for the City of New York, the United States Food and Drug Administration, Office of Criminal Investigations, and the Federal Bureau of Investigation, as well as the Florida Department of Law Enforcement and Assistant United States Attorneys from the United States Attorney’s Offices for the Southern District of New York and the Southern District of Florida.  All, individually and collectively, provided valuable information and assistance during the investigation.