“America’s First Supermarket” to be purchased during the first quarter of 2019, according to reports. 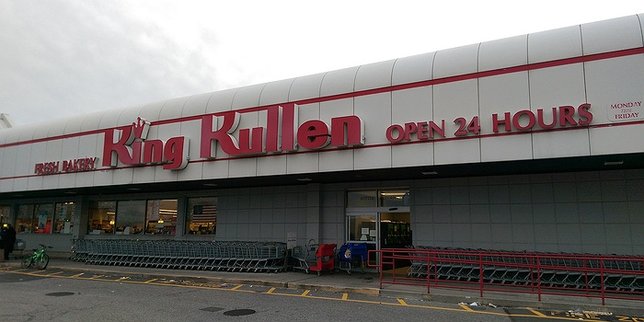 The King Kullen in Bellmore, NY is one of the 32 locations slated to be acquired by Stop and Shop, in addition to five Wild by Nature stores.

Long Island, NY - January 4, 2019 - Supermarket chain Stop and Shop, which boasts of 414 supermarket stores throughout New England, Downstate New York, and New Jersey, today announced their expansion on Long Island through the acquisition of the well-known hometown chain King Kullen, known as “America’s First Supermarket.”
The agreement between Stop and Shop and King Kullen includes 37 stores consisting of both King Kullen supermarkets and their five Wild by Nature stores – a grocery store marketed as selling wholesome, natural products – along with usage of their Bethpage, NY corporate offices.
The deal is expected to close during the first quarter of 2019. Financial terms have yet to be disclosed.
This is not the first time the company has acquired stores from a competitor; in July of 2015, after A&P filed for Chapter 11 bankruptcy protection, Stop and Shop announced that they would be purchasing 25 of the chain’s stores, most of which were operating under the Waldbaum's brand name at the time (A&P themselves originally acquired Waldbaum's in 1986). In November of that year the sales were approved by a federal bankruptcy court judge and finalized, with the stores converted to Stop and Shop branding soon afterwards.
King Kullen was founded in 1930 by Michael J. Cullen, who is credited by many as "devising the concept of the modern supermarket." Cullen, a Kroger branch manager at the time, proposed a radical departure from the typical small-scale food stores of the time to his bosses- “monstrous stores, size of same to be about forty feet wide and hundred and thirty to a hundred and sixty feet deep, and they ought to be located one to three blocks off the high rent district with plenty of parking space, and same to be operated as a semi-self-service store – twenty percent service and eighty percent self-service.”
After his proposal was essentially ignored by Kroger higher-ups, Cullen resigned and moved his family to Long Island, where he took it upon himself to bring his concept to life, opening his first store – dubbed “King Kullen” – within a vacant garage in Jamaica, Queens. The endevor was an instant success, and within six years Cullen had opened a total of 15, and by 1952, 30.
Cullen died in April 1936 at the age of 52, and the company, which currently operates 32 locations in Nassau and Suffolk Counties, remains family-run to this day. It is likely that all 32 King Kullen stores will be re-branded under the Stop and Shop banner once the deal is complete.
“King Kullen is a well-respected grocery chain in the Long Island market that has an 88-year tradition of excellent customer service,” Stop and Shop President Mark McGowan said in a statement. “We look forward to bringing our quality, selection and value to more communities in Nassau and Suffolk counties.”
"In 1930, Michael J. Cullen opened the first King Kullen and ushered in the era of the great American supermarket,” stated Brian Cullen, co-president of King Kullen. “As a family-owned-and-operated business, we are very proud of our heritage and extremely grateful to all of our associates and customers for their support over the years. We are confident the Stop and Shop brand will carry on our legacy of service in the region."