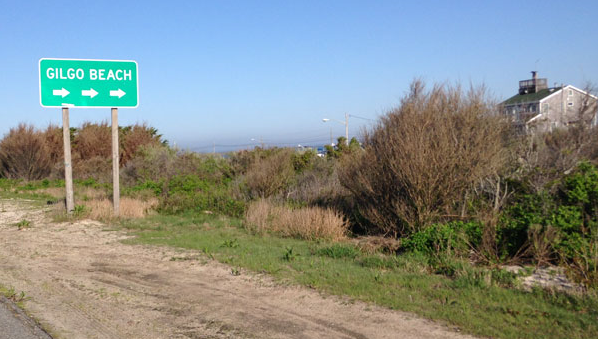 Gilgo Beach is a heavily trafficked area, the remains could have been left by anyone at any time.

Amongst the beautiful beach dunes and picturesque homes lining Long Island’s South Shore lay a deep, dark, and tragic underbelly; within this suburban utopia lay the most awful of secrets that have finally been laid bare for all the world to see, save the identity of the culprit who committed the crimes. We speak of none other than the infamous Long Island Serial Killer – also known as the Gilgo Beach Killer or the Craigslist Ripper – an unidentified individual allegedly responsible for the murder of  between 10 and 17 women – and one man – and the subsequent dumping of their bodies along the Ocean Parkway over a period of nearly 20 years.

In December of 2010, Suffolk County Police Department officer John Mallia and his dog, a German shepherd named Blue, were out conducting a search for Shannan Gilbert, a 24-year-old prostitute from Jersey City who had been missing since May 1 after visiting a client in Oak Beach she had met through Craigslist. While conducting that search in the dunes of Ocean Parkway on the South Shore of Long Island – on their own time – Mallia and Blue came across something that  sparked horror and outrage nationwide: the skeletal remains of a woman stuffed into a worn burlap sack. 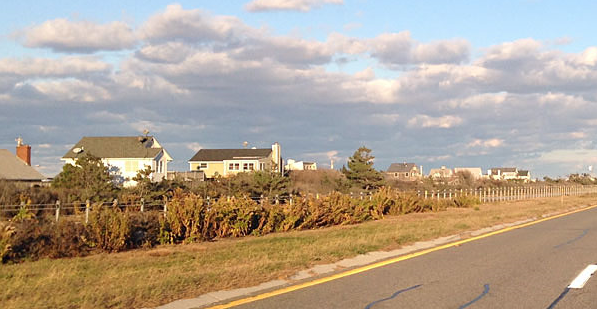 Human remains were found off of Ocean Parkway.

The remains were not Gilbert’s; however, the horrifying discovery led to a police search of the Ocean Parkway  between the towns of Gilgo Beach and Oak Beach in Suffolk County and the area of Jones Beach State Park in Nassau County. Two days later the search uncovered three more bodies – all female – that had been unceremoniously dumped amongst the dunes and thick vegetation lining the roadway. It was at that time that Suffolk County Police Commissioner Richard Dormer was quoted by news media as saying the unfathomable: “Four bodies found in the same location pretty much speaks for itself. It's more than a coincidence. We could have a serial killer."

The initial four bodies were identified in January 2010: Megan Waterman, 22, of South Portland, Maine, who had gone missing on June 6, 2010; Maureen Brainard-Barnes, 25, of Norwich, Connecticut, last seen on July 9, 2007; Melissa Barthelemy, 24, of Erie County, New York, missing since July 10, 2009; and Amber Lynn Costello, 27, of North Babylon, New York, who had disappeared on September 2, 2010. All four women were revealed to have been escorts and/or prostitutes who had advertised their services on the classified advertisements website Craigslist. The remains of each woman were found stuffed into an individual, rotting burlap sacks, and autopsies later revealed all the women had died of strangulation.

Gilgo Beach remains to be a beautiful, but it is impossible to forget the horrors that occurred here.

Such a gruesome string of crimes was essentially unheard of on Long Island; as the authorities continued and widened the scope of their search, their grim discoveries continued to increase. In late March and early April of 2011, an additional four bodies were found; one about a mile east of where the first four were located, and three more on the north side of the highway several miles further down. What differed about these four was that none of their remains were encased in burlap, as the initial four had been. And again, Shannan Gilbert, whose disappearance had initially sparked the search of the area was not among them. Suffolk County Police expanded their search into Nassau County in an effort to find more potential bodies.

Of these four additional victims, to date only one has been identified - Jessica Taylor, 20, of Manhattan, went missing in July 2003, and had also worked as a prostitute. She was found missing her head and hands and had to be identified via DNA; her skull and hands were later discovered at Gilgo Beach. The other three bodies have only been identified as “Jane Doe No. 6,” a possible prostitute who was found dismembered, and the body of a young Asian male - again, likely a prostitute - dubbed "John Doe,” who had died of blunt force trauma.

The fourth corpse, that of a toddler between the ages 16 and 24 months and dubbed “Baby Doe,” had been found wrapped in a blanket and showed no visible signs of trauma. Suffolk officials have not ruled the baby’s death a homicide, and speculate that it was unrelated to the alleged victims of the Long Island Serial Killer, as it obviously did not fit with their established modus operandi in any discernable way.

At this point, the Nassau County and New York State Police Departments had joined the investigation, with both coordinating with Suffolk County to pool their resources. On April 6, 2011, Nassau County Police Detective Lt. Kevin Smith noted that his department would, "further explore and investigate any criminal activity which may be in close proximity to the recently discovered human remains found in Suffolk."

You can never be certain what will wash up on the shores of Gilgo Beach.

On April 11, the search in Nassau County intensified, and soon afterward a set of partial remains were uncovered – bones found by a police dog – as well as a separate skull from yet another possible victim; this brought the body count linked to the alleged Long Island Serial Killer to ten. On April 22, police found two human teeth while hacking through thick brush alongside Ocean Parkway with machetes and chainsaws; officials had reported previously that the dense vegetation in the area was making their search difficult.

These partial remains have never been identified, except as "Jane Doe No. 3," and "Jane Doe No. 7." The remains of "Jane Doe No. 3" were discovered in a plastic bag near Jones Beach State Park; DNA analysis indicates her to be the mother of "Baby Doe."

DNA also linked "Jane Doe No. 7," whose skull and several teeth were recovered at Tobay Beach, to a set of severed legs found in a garbage bag on Fire Island in April, 1996. On September 20, 2011, police released composite sketches of “Jane Doe No. 6” and “John Doe” in addition to photographs of matching jewelry worn by both "Jane Doe No. 3" and “Baby Doe” in hopes of identifying the victims.

In December 2016, authorities linked the DNA of "Jane Doe No. 3" to the unidentified torso of a woman found in Hempstead Lake Park in 1997. The victim had been dubbed "Peaches" under the Hempstead Lake Park investigation, so named for a tattoo on the woman's chest. According to a recent Long Island Press report, investigators said that "Peaches" was a black woman between the ages of 20 and 30. Her torso was discovered by a hiker who found it stuffed in a plaastic bag inside a green Rumbermaid container on June 28, 1997. Because no head has been found to match "Jane Doe No. 3" or "Peaches," police have not been able to release a composite sketch of what she may have looked like.

At this point, authorities have begun to speculate that the alleged killer was someone familiar with law enforcement techniques, as the phone of one victim was used to call the deceased’s sister several times; however, the calls were too short in duration to be traced, and the locations used – such as Manhattan’s Penn Station – were too highly trafficked for anyone in particular to stand out.

On June 16, 2011, Suffolk County Police raised the reward for information leading to an arrest in the murders from $5,000 to $25,000, which was the largest reward ever offered in the department’s history. On November 29, 2011, investigators announced that they believed that all ten deaths were attributable to one individual – previously authorities had speculated that there may have been more than one based on differences in the conditions of the found victims – and that the killer was “almost certainly” from Long Island. At this point, officials also stated that they did not believe the case of Shannan Gilbert was related in any way to these deaths.

Gilbert’s body was later found in a marsh about half a mile from Oak Beach, which is where she reportedly disappeared from; Police believe that she had accidentally drowned after stumbling into a swamp in a drug induced panic. However, an autopsy later commission by Gilbert’s family and conducted by famed former New York City Medical Examiner Dr. Michael Baden revealed that her death and subsequent decomposition was not consistent with drowning. Baden concluded, "There is insufficient information to determine a definite cause of death, but the autopsy findings are consistent with strangulation." Despite these findings, authorities do not believe her death is related to the Long Island Serial Killer and still consider her death an accident.

In a sad twist Shannan Gilbert's Mother, Mari, was found dead in July of 2016, the apparent victim of a stabbing. Mari, 52, had aggressively been perusing her daughter's case before she was found dead in the apartment of her younger daughter, Sarra Gilbert, 27. Sarra, who is said to suffer from schizophrenia, was charged with the murder of her mother, but pleaded not guilty to the stabbing on August 12, 2016. 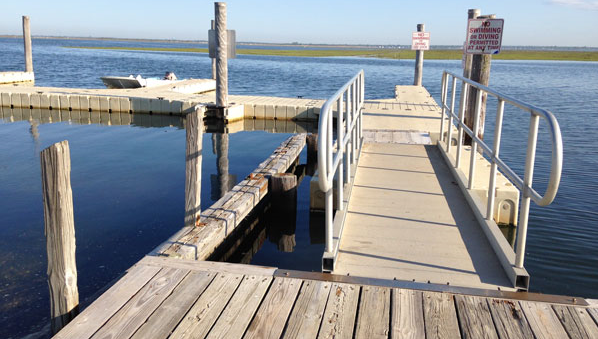 Although Gilbert's death was ruled an accident, her friends and family remain skeptical.

On December 10, 2015 the Suffolk County Police Department announced that the FBI had officially joined the investigation, after unofficially assisting police in conducting searches for victims for a number of years.

Several other bodies discovered in other areas of Long Island have been speculated to be the work of the Long Island Serial Killer and are being considered by authorities, although without any hard evidence linking them, the connections are considered speculation, and nothing more. Among these victims are:

And as for the infamous Long Island Serial Killer himself? Officially known as “Unsub” by authorities – meaning “Unknown Subject” – it has been suggested that he is a white male of approximately 20 to 40 years of age. Police say that he is likely a Long Island resident with deep knowledge of the South Shore and access to the burlap sacks that several of the victims were discovered in. And again, as stated above, authorities have hypothesized that the killer was someone familiar with law enforcement techniques. 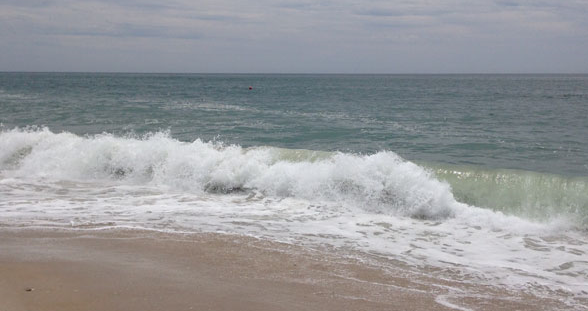 Unfortunately where the trail runs cold…it’s possible that authorities may know more than they’re letting on, but as of now the investigation continues into one of the darkest chapters of Long Island's recent past.

Will additional victims of the Long Island Serial Killer ever be found, or the identity of the killer himself ever be revealed? Only time will tell.

In December of 2016, the attorney for the Gilbert family made claims that linked former Suffolk Police Chief James Burke to the killings, according to NBC 4 New York.