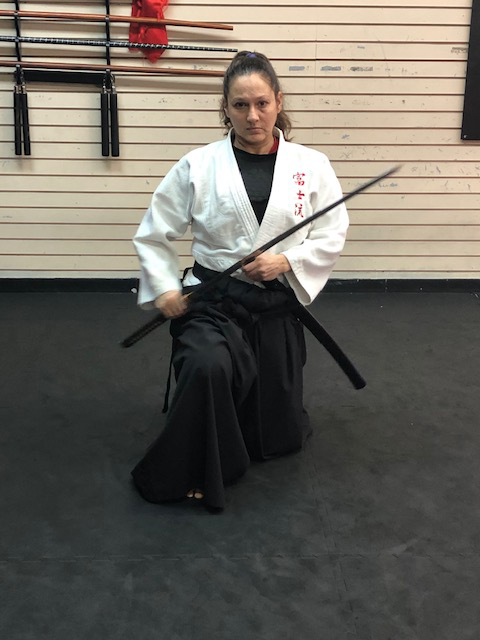 FABIANA CELLINI: Sensei Fabiana Cellini began training in martial arts in 2002 when she was invited to watch a class in Fuji Ryu Jujitsu. She observed that although the students were all different belt levels and had specific moves, the whole class was working together as a team. It was clear that the moves were effective and practical regardless of rank. It was an easy decision to join. After participating in the class for a few months, it was clear that Fuji Ryu Jujitsu was beneficial not only for self-defense but also concentration, self-confidence, and self-discipline. During the next 16 years, Fabiana trained up in belts until she earned the rank of 3rd degree black belt in FujiRyu Jujitsu in May 2019. She also earned the rank of Mokuroku in Sosuishitsu-Ryu (classical Jujitsu) in June 2017.