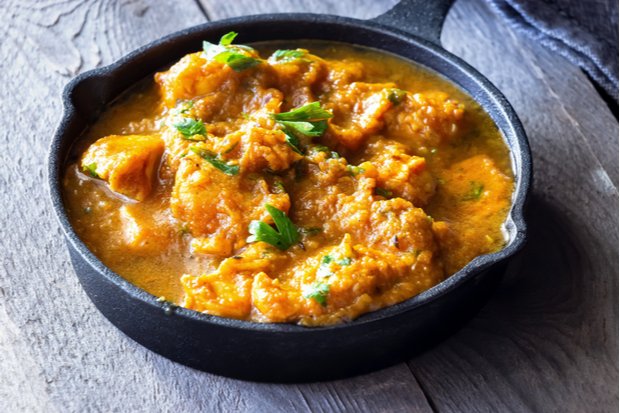 A new Indian restaurant opened in Glen Cove recently called TAVA. The restaurant is family owned and according to their website the name is derived from the Punjabi, Hindi, and Urdu word “Tava/Tawaa,” a large, convex, disc-shaped pan used primarily for cooking traditional Indian dishes.

“Our passion for serving fresh Indian food straight from the tava inspired the concept of TAVA Fine Indian Cuisine,” the website reads.

Focused on staying true to authentic, traditional Indian food recipes, their dishes are cooked with fresh ingredients, and a unique blend of spices, with both traditional and modern influences.

The menu consists of vegetable Samosa, crisp patties stuffed with potatoes and peas with a little Indian spice ($6) and bhujia, vegetable fritters with onion, green pepper, potatoes and spinach ($7) for appetizers; mulligatawny soup, a vegetable puree seasoned with spice ($6); plenty of breads including nan bread ($4) and keema paratha, a leavened bread of fine flour stuffed with minced meat ($7); and chicken, lamb, seafood and vegetable specialties.

“First time at Tavo last night, will definitely be going back for more tasty dishes,” she wrote.

Victor S, also from Glen Cove, said it was a welcome addition.

“Glen Cove has been missing an Indian restaurant for some time,” he wrote. “I have been eating weekly at this spot since it opened. The food has been consistently excellent.”