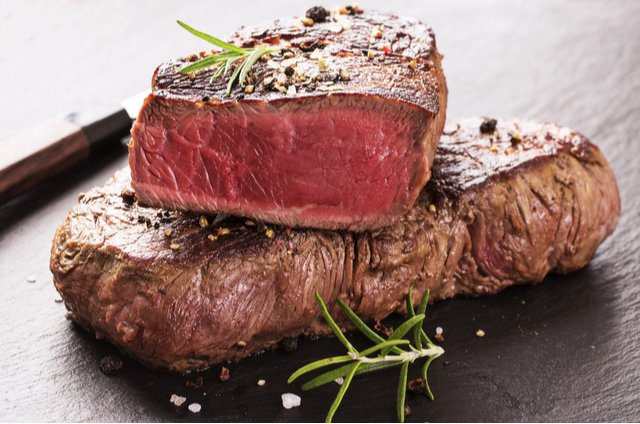 Fogo de Chão, the chain of Brazilian steakhouse has opened a location in Carle Place recently, right off of the Meadowbrook parkway and minutes from Roosevelt Field Mall. For those who aren’t in the know, Fogo de Chão specializes in an open style of grilling meat on a churrascaria grill, based on a centuries-old gaucho tradition known as churrasco.

According to their website, their menu includes a wide variety of fire-roasted meats carved tableside by expert gaucho chefs, as well as seasonal salads, traditional Brazilian sides, signature cocktails, and an award-winning wine list. The chain boasts of more than 50 upscale restaurants worldwide.

The menu features chicken, pork, and seafood but it's the steak that stands out.

The steak menu includes plenty of choice specialty cuts and preparation techniques including, picanha, what they describe as the prime part of the top sirloin. This is their signature steak, which is lightly seasoned with rock salt and sliced thin.

Their ribeye is grilled over direct heat to break down the marbling and deliver a distinct flavor and texture. Fraldinha is described as one of the most distinctive and flavorful cuts of meat from Southern Brazil due to its strong marbling characteristics and is cut against the grain.

Reviewers have been kind with plenty of raves.

“This place is awesome, quality food, great ambiance and of course great concept all wrapped with great service,” said Oliver R. of Westbury on Yelp. He gave it five stars.

Many compared it favorably to other similar types of steakhouses.

“I've experienced plenty of Brazilian churrascarias in the US, Brazil and Europe and Fogo de Chão is the gold standard for large franchises,” said Chris C. from New York City.

“From the minute you walk in to the time you leave you are completely surrounded in elegance. As far as Brazilian Steak-houses are concerned, I think this is number one,” said Joel H. of Mineola.