Babies have been delivered on the road and in taxis, but on Wednesday, one baby decided to enter the world at the exit of the Holland Tunnel. 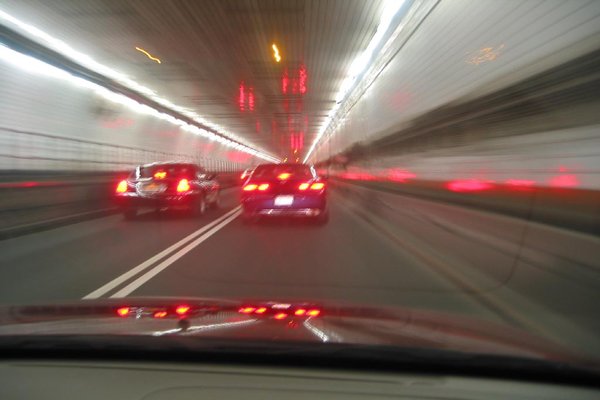 At about 6:45 a.m. on Wednesday, Soukaina Nekhlaoui, 25, was in labor and was being driven by husband  Abdel Elkarhat through the Holland Tunnel from New Jersey. By the time they reached the exit of the Holland Tunnel on the Manhattan side, Nekhlaoui was ready for delivery.

The couple was heading to Lutheran Medical Center in Brooklyn, but by the time they were in the tunnel labor moved rapidly. Husband Elkarhat did not know whether to stop inside the tunnel or wait until he got out, so he continued onward to the exit where he went to seek help for his wife.

Fortunately, Port Authority Tunnel and Bridge Officer George McCann and his partner Jean Bernard were on the scene and helped deliver their baby boy. McCann is trained for emergency medical response.

The baby boy is in good condition at New York Downtown Medical Center and arrived 6 weeks earlier than expected. He has been named Nassim Mohammed Elkarhat to mean “scent of a morning flower” by his happy parents.

When the baby arrived, he was blue in the face. He recovered as McCann and Bernard administered oxygen. A makeshift tent was created from woolen blankets as they waited for the arrival of emergency crews, who came and cut the umbilical cord and then transported the family to the hospital.