Gun laws in New York have “more holes than swiss cheese,” according to Gov. Andrew Cuomo, who said the state legislature is going to consider all options -- including confiscation -- in debating new gun control measures. 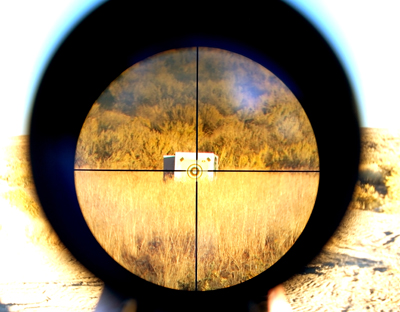 Cuomo discussed his plans to produce gun legislation in the upcoming year on Talk-1300’s “Live from the State Capitol with Fred Dicker” on Thursday, less than a week after the horrific mass shooting at an elementary school in Newtown, Conn.  New York already has some of the strictest gun-control laws in the nation.  In 2000, former Gov. George Pataki, a Republican, signed legislation banning assault weapons.
The governor said that he would focus on limiting access to semiautomatic rifles, like the Bushmaster used by Adam Lanza to shoot and kill 26 people within Sandy Hook Elementary School on Dec. 14.
Cuomo went on to say that he did not see a purpose for these weapons. "I don't think legitimate sportsmen are going to say, I need an assault weapon to go hunting," he said on the air, also reassuring listeners that he understands the rights of gun owners and hunters.
Speaking of possible measures to be taken, Cuomo said that “confiscation” is a possibility, as well as “mandatory sale to the state” and permitting.
The New York State Rifle and Pistol Association, the state’s largest gun lobbying group, has already responded to Cuomo’s suggestions.
"If I thought for a moment that by giving up my guns it would prevent things like the Newtown massacre, I would do it,” Thomas King, the group’s president said.  According to the New York Daily News, the group plans to direct it’s 300,000-person membership to bombard Gov. Cuomo’s office with letters and calls protesting any new gun-control legislation.
“We’re worried somebody is going to try and get some feel-good legislation passed that’s not going to do anything to protect people.  That’s why we want to get our members motivated and alerted,”  King told the Daily News.
The governor is expected to provide more details on any proposed legislation in his State of the State address, which he will deliver on Jan. 9, 2013.
Share your thoughts on this article by posting a comment below or by visiting our discussion of gun control on our Long Island Living discussion forum.