Ringing in the New Year: Watching the Ball Drop at Home

Skipping on going to the City to watch The Ball drop this New Year’s Eve? Then why not just watch it from home! 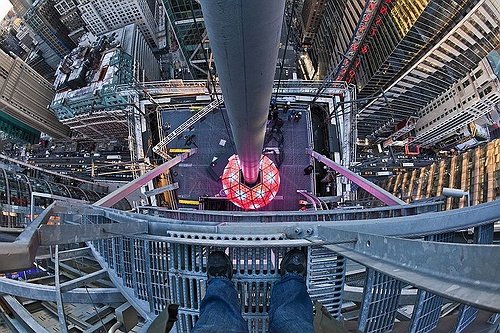 If you’re not one of the millions of people planning on heading to Times Square in New York City to watch the ball drop on New Year’s Eve, then you are free to watch the ball drop right from the comfort of home! Instead of standing out in the cold, huddled with masses of people all vying for a good spot to watch the festivities, all you need to do is turn on the television! “Dick Clark’s New Year’s Rockin’ Eve with Ryan Seacrest 2015” will air Wednesday, December 31st on ABC beginning at 8 p.m.

While the traditional countdown to midnight in Times Square will be led live by Ryan Seacrest, Jenny McCarthy will also be live from Times Square with some show-stopping performances from Taylor Swift, Idina Menzel, MAGIC and Florida Georgia Line. Additions performances from Nashville, featuring Gavin DeGraw and Lady Antebellum, and Brooklyn, featuring Elton John will also be broadcasted.

Viewers can also look forward to some very special musical performances from the Billboard Hollywood Party on “Dick Clark’s New Year’s Rockin’ Eve with Ryan Seacrest 2015!” This year, with over 38 performances and over 5 hours of music planned for the big event, Fergie will be hosting, and performing during, the Billboard Hollywood Party along with performances by One Direction, Iggy Azalea, Jason Derulo, Bastille, Charli XCX, Rixton, Meghan Trainor, Pentatonix and more.

If after reading about all of the great performances and festivities planned for New Year’s Eve in New York City you’re now thinking of heading there in person, be sure to check out our NYE in NYC Guide!

Photo by Anthony Quintano via Wikicommons