If you’re in Manhattan on Saturday, you may notice an unusual abundance of drunken people dressed as Santa walking the streets. This is SantaCon: the annual, nonsensical bar crawl for charity that attracts thousands of people each year. According to the SantaCon website, 20,000 people attended SantaCon last year, and even more are expected to show up on Saturday. 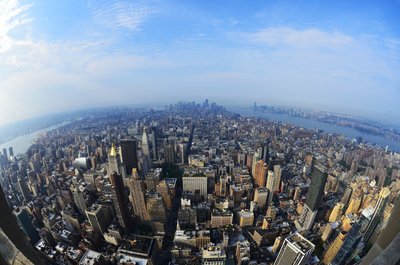 The SantaCon Facebook page currently shows that about 30,000 people are expected to attend, however more could end up going. There are several start points, times and routes you can take for SantaCon, in order to avoid overcrowding. To see the start points, visit the SantaCon interactive Google map. The first start time is 10 a.m.; the last at 7:30 p.m. and is expected to go until 1:30 a.m. Many people figure out their own routes as well.

In 2011, SantaCon raised $10,000 for Toys for Tots and 6,000 pounds of non-perishable food items for food banks in Manhattan and Brooklyn.

SantaCon is not just a New York City event. There are over 275 locations worldwide in 37 countries, however the dates and times vary in each city. The first SantaCon was in San Francisco in 1994, according to the official SantaCon website.