The mall has not yet released an official statement, but rumors are swirling on the safety of the all, frustrating employees and shoppers alike. 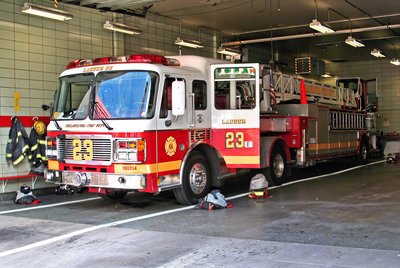 UPDATE 2:30 P.M., TUESDAY: The Fire Marshall approved the Smith Haven Mall to open, but six stores will remain closed for the day due to ceiling damage, including Oakley, New York & Company, GNC, Littman Jewelers, Brighton Collectibles, and Wet Seal.  The common areas have been deemed safe, but the mall entrance in the Sears wing will remain closed.

UPDATE, 12 PM, TUESDAY: According to the Smithhaven Mall's Facebook Page, Macy's, Macy's Furniture, and Sears have been authorized to reopen, but no other stores have been cleared by the Fire Marshal at this time. The Facebook Page will be updated regularly with information about which stores will be open for business today.

UPDATE, 11 AM, TUESDAY: According to the Smithhaven Mall's Facebook Page, the mall will most likely reopen within the next 1-2 hours, after the Fire Marshal's safety inspection is complete.

UPDATE, 9 AM, TUESDAY: According to the Smith Haven Mall's Facebook Page, the Fire Marshal is in the process of inspecting the mall one store at a time. Once the building has been deemed safe, the mall will reopen to the public for business.

UPDATE 11:10 PM: According to the official Smith Haven Mall Facebook Page, the roof at the mall has not in fact collapsed, although there were numerous serious leaks.

Simon Malls has announced that the Mall will reopen on Tuesday, after officially being cleared for entry.

UPDATE 10:30 PM: Smith Haven Mall has yet to officially announce the state of the roof's impairment, but there have been many comments flying from employees and shoppers with claims ranging in severity of the condition of the mall ceiling.

According to a firefighter who spoke with a local Patch Page, the roof is in fact ruptured, although this assessment is currently disputed by Simon Malls.

We will continue to provide updates on this story as details become available about the level of damage caused by Winter Storm Nemo, and the repair and restoration efforts being undertaken by Simon Malls.

Original Story:
The mall was evacuated by 4 p.m. due to leaks in 25 store roofs that caused concern that the tresses were compromised due to the burden of over two feet of snow and water.

The "Lifestyle Wing" saw the most leakage, and had been evacuated at 3 p.m.

According to the Smith Haven Mall Facebook page, employees and shoppers are voicing their concerns over the safety of the building, and how long Simon Malls knew about the stresses the snow was having on the roof.

Firefighters and police officers from around the county were already on the scene when the rupture occurred.  Thus far, there have been no reported injuries.

The mall will be closed for the remainder of the evening.