Typhoon Bopha, which has left hundreds of thousands of people homeless after it stormed across the Philippines this week, puts the spotlight on devastating storms as world leaders begin to wrap up climate change negotiations ...

The death toll has exceeded 270 with some reports estimating over 300 deaths in the Southern Philippines, a result of Typhoon Bopha’s flash flooding, which occured as world leaders convened at the U.N. Climate Change Conference in Doha, Qatar. 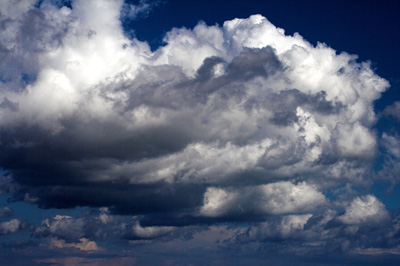 A typhoon is a mature tropical cyclone in the northwestern Pacific Ocean, identical to hurricanes in the northeastern Pacific.  The Philippines usually take the brunt of most typhoons in the region, with some notable exceptions.  Typhoon Bopha, not expected to fully clear the Philippines until Thursday, caused large-scale destruction in a handful of villages, leaving thousands homeless.
The Commissioner of the Philippines Climate Change Commission, Nadarev Saño, who is serving as lead negotiator for the Philippines delegation at the conference, told Democracy Now! that this devastating typhoon and Hurricane Sandy are evidence of climate change.  “All of the things that we are seeing around the world, these are manifestations of unsustainability of practices, of short-sighted practices. And we must be able to arrive at a world order that addresses all of these things," Saño said.
Saño went on to say that developed nations were turning down various proposals presented by developing countries.  The Obama Administration’s opposition to binding emissions targets has soured hopes that the U.S. would take a leading role in new climate change regulations.
U.N. Secretary-General Ban Ki-moon, speaking in Qatar, singled our the developed world, including the United States and the European Union for taking responsibility for mitigating climate change. according to the Associated Press.  "The climate change phenomenon has been caused by the industrialization of the developed world. It's only fair and reasonable that the developed world should bear most of the responsibility," Ban said.
Typhoon Bopha is the most southerly typhoon ever recorded, and like Superstorm Sandy, struck toward to end of the expected season.  Tens of thousands in the Philippines have been displaced as a result of the storm, and the Philippine Red Cross estimates that 216,000 are now living in emergency shelters.  Climate change advocates have linked the  frequency of large, devastating storms like Sandy and Bopha to increased carbon emissions.
Share your thoughts on this article by posting a comment below or by visiting our Long Island Living discussion forum.