Gov. Cuomo's Moreland Commission has scheduled a public hearing on Long Island with a focus on public utility companies' preparation and response to recent major storms.

Long Islanders have another opportunity to offer public comment on the response to local utility companies’ preparation and response to Superstorm Sandy. 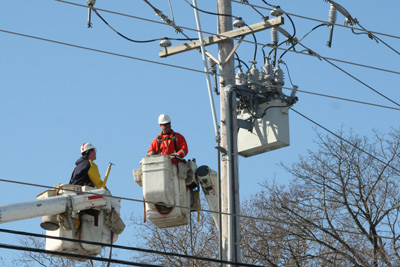 Gov. Cuomo’s Moreland Commission has scheduled two regional public hearings focusing on the emergency preparedness and response of public utility companies.  One will be held at Lighthouse International’s Benay Venuta Hall in New York City on Thursday, Dec. 6, and the other will be held at SUNY College at Old Westbury in the Student Union Center on Tuesday, Dec. 11.  Both meetings are scheduled for 6:00 p.m.
An additional hearing on Long Island is already planned for Dec. 20 with a focus on the Long Island Power Authority and National Grid’s response to Superstorm Sandy and Tropical Storm Irene.  The location for this hearing has yet to be announced.
Members of the public who have registered to speak at the events are asked to keep their comments under two minutes, and to focus on emergency preparedness and response of utilities and recommendations for restructuring energy utility oversight in the state.
Public comments will also be collected before and after the hearing.  Written comments can be sent to comments@moreland.ny.gov.
Gov. Cuomo established the Moreland Commission in November to investigate how public utilities handled responding to majors storms in the past two years.  Last Wednesday the commission issued LIPA and Consolidated Edison for information about the companies’ preparation and response efforts.  LIPA has also been subpoenaed by Attorney General Eric Schneiderman who is investigating whether or not LIPA broke legal obligations in its handling of the restoration effort.
Share your thoughts on this article by posting a comment below or by visiting our Long Island Living discussion forum.