The Occupy Sandy movement looks to provide aid to those affected by hurricane Sandy.

While many complain about a lack of swift governmental response in the wake of Hurricane Sandy, many have taken matters into their own hands to provide support for those in need. Many are utilizing grassroots efforts, while others are taking to Twitter, Facebook and other social networking outlets to spread the word of what has been dubbed the “Occupy Sandy” movement by the Huffington Post. While the movement has hardly been perfect, the concept has worked in providing many looking to help in the recovery effort to find out exactly where they’re needed. 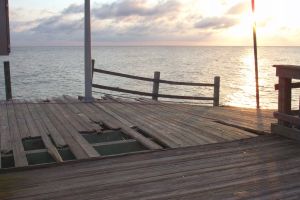 A splinter-group of Occupy Wall Street, Occupy Sandy is gaining ground on Twitter by disseminating up-to-date news and information regarding plans and initiatives that require volunteers. While FEMA and other governmental agencies can’t be everywhere at once, the Occupy Sandy movement has made an effort to provide aid to as many in need as humanly possible. Most tweets are asking individuals arriving to certain locations to bring various cleaning supplies, food items and other sorts of goods.

PBS pointed out that the group is operating out of a Lutheran church gathering supplies and recruiting volunteers round the clock to provide relief. While most of Occupy Sandy’s efforts have been focused on the metropolitan area and Staten Island, parts of Long Island have been aided by the movement as well. One Tweet in response to the efforts of Occupy Sandy reads: “rumor has it that a young girl recently made a sign that read: "the hippies took over my town- and brought it back to life." #occupysandy.”

While Mayor Bloomberg has asked that individuals donate money to the various causes related to hurricane Sandy recovery, the Occupy Sandy movement has made it clear that help is required in all forms, not just monetary. Many are impressed with the reaction time of the movement, as texts and emails are sent out multiple times a day, often providing those looking to volunteer with specific information as to where and when they should arrive on the scene. Churches have been converted into donation centers within hours and have generated plenty of material for those in need.