Sandy-Damaged Homes In NYC Up For Demolition

Some storm-damaged homes in New York City have no other choice but to be demolished... 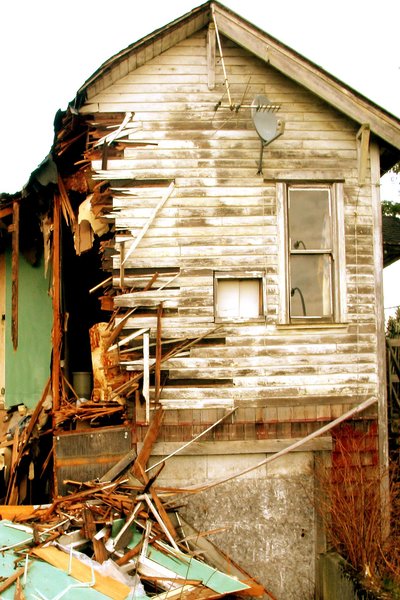 Following Superstorm Sandy’s attack on many homes, the recovery process is now about getting homeowners back into them to live in safely. For some homeowners of New York City, it means having their home entirely demolished and rebuilding from scratch.

The New York City Department of Buildings has inspected roughly 80,000 homes, and 900 of them so far have been deemed unsafe to live in and are tagged with a red notice. About 200 homes in that count are so badly wrecked and may be at risk of collapsing that there is no other choice than to raze it and start new.

Most of the homes under consideration for demolition are one- and two-family houses in Queens, Brooklyn and Staten Island.

The mayor of New York City, Michael Bloomberg, assured the public that homes are not going to be demolished without first speaking with the owner and obtaining consent. Of course, if there is an imminent danger of collapse that would carry over to other buildings or people, the City has the legal authority and “moral obligation,” as Mayor Bloomberg put it, to demolish.

The bulldozing of homes isn’t expected to begin for at least a few weeks. Charges for demolition that is carried out by the City will be withheld for the time being. There will be city and federal assistance to homeowners, including demolition cost aid, according to the Buildings Department spokesman Tony Sciafani.

People displaced from their home will also continue to have housing assistance through FEMA from a short-term outlook. Mayor Bloomberg has appointed Brad Gair as the director of Housing Recovery Operations to come up with more long-term options with a plan expected to be announced soon.