Long Island food pantries have been actively involved in the relief effort following Superstorm Sandy, but are now worried that they will be unable to meet the annual need for Thanksgiving dinners. 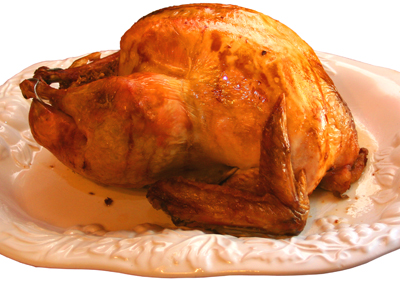 In the weeks following Superstorm Sandy, Long Islanders have been turning out in hordes to help their neighbors rebuild, as well as donating clothings, supplies and non-perishable food items.  But the large-scale need caused by Sandy, as well as its proximity to Thanksgiving, now just a few days away, has left some of Long Island’s largest charities worried that some families won’t have their turkey this year.

Island Harvest, Long Island’s largest hunger relief organization which “rescues” surplus foods from local restaurants, groceries and farms, and distributes the goods to Long Islanders in need, estimates that 12,000 turkeys will be requested of them this year alone.  Since Superstorm Sandy swept through the area, Island Harvest has had hundreds of volunteers operating around the clock making sure that surplus goods were being delivered to the islanders who need them.
Lighthouse Mission is another major Long Island charity that feeds the hungry, and has been actively accomplishing its goal since Sandy struck.  Recently, Pastor Jim Ryan of Lighthouse Mission told CBS news that they are hundreds of turkeys and chickens short of their goal this year.  “We’re praying for those turkeys. We’re praying for chicken.  With the storm surge, as it is, even more people are coming on these lines,” Ryan told CBS.
The typical need this time of year has been greatly escalated due to the recent storms and power outages forcing families to discard spoiled perishable food stocks.  This year, meeting the goals of Island Harvest and Lighthouse Mission is going to require a greater outpouring of contributions from Long Islanders, who have already been coming forward to help in the wake of Sandy.
It’s not too late to make a contribution to either food pantry.
Island Harvest
199 Second Street,
Mineola, NY 11501
Phone: (516) 294-8528
Phone: (631) 873-4775
Fax: (516) 747-6843
Lighthouse Mission
1543 Montauk Highway
Bellport, NY 11713
Phone: (631) 758-7584
Fax: (631) 447-9633
Share your thoughts on this article by posting your comment below or by visiting our Long Island Living discussion forum.