Less than two weeks after Hurricane Sandy swept over the area, today's nor'easter is expected to cause additional power outages and wind-related damages.

Wet snow has already been falling for hours as the second major storm in less than two weeks hits the area.  The nor’easter is not expected to be nearly as serious as Hurricane Sandy, but is likely to impact the areas that were hardest hit during last week’s Frankenstorm. 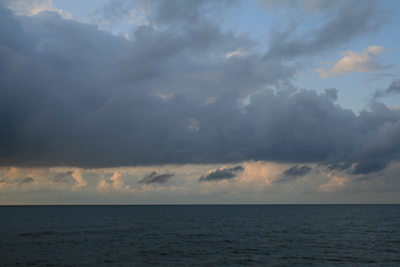 Nassau County Executive Ed Mangano has ordered has ordered a mandatory evacuation for those areas for residents in flood or storm surge areas.  He advised residents who are still without power to pay close attention as the storm progresses, and seek shelter with friends or emergency shelters if necessary.
Mayor Michael Bloomberg has ordered the NYPD to use loudspeakers to warn residents in low-lying areas that might be subject to flooding to evacuate if necessary.  Motorists are urged to stay off the roads after 5 p.m., or use extreme caution if braving the stormy streets.
Officials are paying close attention to afternoon tides with the expectations of some coastal flooding.  Although the storm will not be as damaging as its predecessor, heavy rains and high wind speeds are expected to afflict the area for the next several hours.
Storm surges of three feet, though paling in comparison to the 14 foot surges recorded during last week’s hurricane, are expected to cause additional beach erosion due to the lack of natural barriers.  A high-surf advisory has been issued for Atlantic beaches until 6 a.m. Thursday, bringing waves of 6 to 8 feet which is likely to cause overwash and erosion.
Airlines have already began cancelling flights to the area, and by 9 a.m this morning, over 360 flights to and from Newark Liberty, LaGuardia, and Kennedy, according to reports by the Associated Press.
The National Weather Service is forecasting sustained wind speeds between 60 and 70 mph, enough to cause minor property damage, as well as toppling trees and power lines.  Coupled with record low temperatures -- 26 degrees at 7 a.m. in Islip -- and continued power outages is making this storm especially miserable.  LIPA has already warned that up to 30,000 customers could lose power due to this new storm.
Share your thoughts on this article by posting your comment below or visiting our Long Island Living discussion forum.