The United States Attorneys said that their Offices will be available to receive complaints at the following numbers on Tuesday, November 4, 2014. 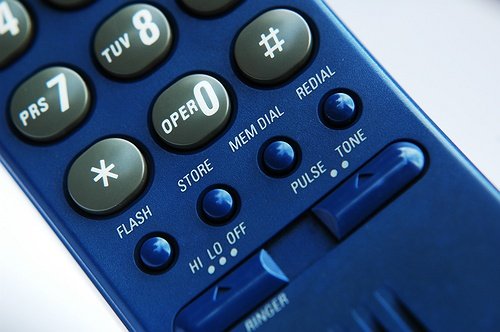 Long Island, NY - November 4, 2014 - Preet Bharara and Loretta Lynch, the United States Attorneys for the Southern and Eastern Districts of New York, respectively, announced today that special telephone numbers have been set up to receive complaints of possible violations of federal election laws relating to the upcoming general elections in New York City and other counties in their districts.

The United States Attorneys said that their Offices will be available to receive complaints at the following numbers on Tuesday, November 4, 2014:

In addition, complaints of possible violations of federal election laws may be made directly to the Federal Bureau of Investigation at (212) 384-1000.

A spokesperson for the United States Attorneys said that the enforcement of federal laws protecting the rights of all eligible persons to vote for the candidates of their choice is a high priority of the Department of Justice.

It is unlawful under federal law to deny or abridge anyone’s right to vote because of race, color or national origin. Federal laws also require local election authorities to make voting accessible to disabled and elderly voters. Voters who require assistance because of blindness, disability or inability to read and write have the right to receive such assistance from a person of their own choosing. In counties with substantial numbers of non-English speaking voters, federal laws prohibit the denial or abridgement of a voter’s ability to participate in the election process in certain languages other than English (i.e., Spanish, Chinese, Korean).

In addition, certain activities designed to subvert the integrity of the election process are federal crimes. It is a federal crime, for example, to deprive citizens of their right to fair elections or to conspire to do so. Specific election laws also make it a crime to bribe or intimidate voters, to cause ballots to be cast fraudulently in the names of individuals who did not vote (“ballot stuffing”), to vote more than once, or to alter or falsely report the vote count. It can also be a federal offense to challenge qualified voters without cause and in bad faith, or to harass persons seeking to vote for the purpose of discouraging their vote.

The spokesperson said that the ability of federal law enforcement authorities to detect and eliminate improper restrictions on voting rights and to prosecute election fraud depends to a large extent on the watchfulness and cooperation of the voters. It is therefore imperative that those who have been asked to participate in illegal election practices, who have been the subject of such practices, who have observed such practices, or who have information bearing on such practices, make that information known promptly to the FBI or the United States Attorneys Offices at the telephone numbers listed above.

The United States Attorneys also noted that the following additional telephone numbers are available on Election Day for citizens to call for routine inquiries, such as where to vote or how late the polls are open, or to register complaints that may concern violations of New York State election laws:

IN COUNTIES OUTSIDE NEW YORK CITY

Assistant United States Attorney DAVID J. KENNEDY is responsible for overseeing the handling of complaints of voting rights abuses and election fraud for the Southern District of New York.

Assistant United States Attorney MARISA SEIFAN is responsible for overseeing the handling of complaints of voting rights abuses and election fraud for the Eastern District of New York.