Responding to multiple 911 calls at the Nassau Coliseum, police found nearly 100 intoxicated youths, and arrested a helicopter pilot who landed his aircraft near the building.

“The Haunted Coliseum” rave party at the Nassau Coliseum on Saturday night ended with nearly 100 drunken youths being removed to area hospitals.  A helicopter pilot was also arrested after landing his aircraft near the coliseum.

The pilot, Michael Croissant, 44, on Monticello, was charged with first-degree reckless endangerment.  According to police, Croissant had not consulted the police or Coliseum staff to secure a safe landing zone before touching down in the grass west of the Coliseum. 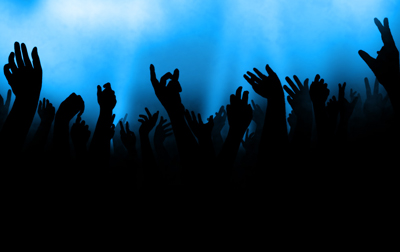 Though 50 rave participants were treated for injuries, no fatalities were reported.  The Halloween-themed blowout which began at 10 p.m. was scheduled to feature Otto Knows, DJ Alesso and Sebastian Ingrosso of the band Swedish House Mafia.  The party was halted 20 minutes into the second set.
Police were responding to several calls reporting intoxicated young people.  Witnesses reported seeing other rave-goers using the drug Ecstasy, and drinking alcohol out of bottles marked as soft drinks.
Nassau County police spokesman Insp. Kenneth Lack told Newsday the rave was shut down “when it became apparent something was going desperately wrong.”
Share your thoughts on this article by posting your comment below or visiting our Long Island Living discussion forum.