Cuomo to LIPA: Hold On To Repair Crews

Gov. Cuomo has ordered LIPA, and other utility companies, to retain their non-local emergency repairs crews to continue repairs after the forecasted nor'easter hits New York.

Gov. Cuomo has directed utility companies in the state to keep their emergency repair crews from out of the area to stay local in order to continue repairs following the Nor’easter forecast to hit as early as tomorrow.  According to LIPA, there are 11,000 workers contributing to the recovery.

The storm is expected to bring winds in excess of 60 mph, heavy rains, elevated sea levels and potentially snow.  It is already expected that the storm will disrupt the fragile gas distribution system that is still recovering from Hurricane Sandy. 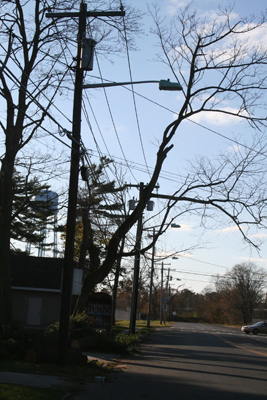 Nassau and Suffolk counties are still among the highest levels of power outages, and Cuomo has not held back his criticisms of the rate at which restoration is taking place.  "They should have been more prepared and able to repair the damage faster," the governor said at a press conference Tuesday.  LIPA reported that over 200,000 customers are still without power on Tuesday, which indicates small progress from the day before.
"I think that utility companies have not performed adequately," Cuomo said on Monday night. "I promise the people of this state that they will be held accountable for their lack of performance."
Previously, Cuomo had threatened to replace the “management responsible for such colossal misjudgments.”  Cuomo’s displeasure with the utility company could result in sanctions or even a “revocation of franchise.”
The slower-than-hoped-for progress its only hindered by the fact that tens of thousands on homes on the South Shore of Long Island will require inspections by the counties and towns before LIPA can connect them to the power grid.
LIPA also came under sharp criticism from customers for their outages map, whose interactive features weren’t functioning properly.  Customers have been reporting that LIPA’s map labeled their neighborhood as restored when there was still no power.  LIPA has replaced the interactive features with a map that demonstrates restored areas, and those still without power.
Previously, Cuomo had threatened to replace the “management responsible for such colossal misjudgments.”
Share your thoughts on this article by posting your comment below or visiting our Long Island Living discussion forum.