Bishop, Altschuler Battle to the Last

Two weeks until the election, the race between Bishop and Altschuler remain close.

In 2010, the congressional race between Rep. Tim Bishop and his challenger, Republican Randy Altschuler, kept the constituents of New York’s 1st Congressional District on the edge of their seats. Then, Alschuler had thought he beat Bishop, only to find out later that Bishop took the lead with absentee votes 36 days after the election.

The men are again running against each other for the 1st Congressional District, which is made up of portions of central and eastern Long Island, including most of Smithtown and the towns of Brookhaven, Riverhead, Southold, Southampton, East Hampton and Shelter Island.  Some of both the richest and poorest communities on Long Island are located in the 1st District. 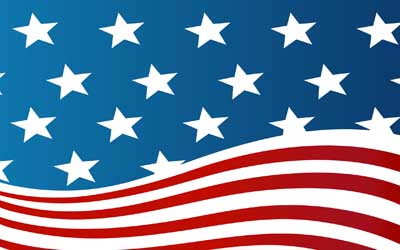 The campaign leading up to this election has featured a slew of television and radio ads disparaging one or the other, and at this point in the season, local analysts are expecting this to be a tight race with a major impact on the balance of power in the next congressional term.
Altschuler has accused Bishop of ethics violations by accepting campaign funds that were linked to an official action taken by his office, and challenged him to “use [his] power as a United States Congressman to request that the Office of Congressional Ethics to open a formal review,” while the failure to do so would indicate his guilt.
Bishop did not request the formal review, and instead donated a matching sum to three veterans organizations and denied the charges.  Bishop has labeled Altschuler, who formed Office Tiger, a business process outsourcing company, as an outsourcing pioneer.
At a debate last week, the two candidates discussed their campaign tactics at length, attacking each other’s attack ads nearly as much as debating their position on the issues.  Bishop has received high ratings for leading pro-gay rights, pro-choice and pro-affirmative action groups.  Altschuler has received endorsements from several leading Republican politicians, including former New York City Mayor Rudy Giuliani, former New York Gov. George Pataki and Republican presidential candidate Mitt Romney.
Share your thoughts on this article by posting your comment below or visiting our Long Island Living discussion forum.