A report released by New York City comptroller John Liu claims that civil lawsuits against the city cost over half a billion dollars in 2011.

New Yorkers seem to be unhappy with police treatment, based on the increase in civil lawsuits against the department.

In the last fiscal year, lawsuits against New York City cost the city $550.4 million for settlements in cases from personal injury to medical malpractice, according to a report by The Daily News. 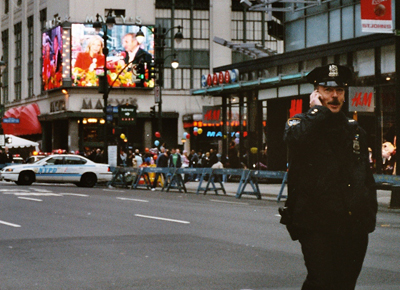 Lawsuits against the New York Police Department, which constituted to highest portion of personal injury claims, cost the city $185 million, more than any other city agency.  The number of claims against the police has nearly doubled since 2007.
City Comptroller John Liu released a report detailing the 8.882 lawsuits against the police department, which rose 35 percent from the previous year.  The Daily News links the increase to the prolonged Occupy Wall Street protests which has resulted in numerous high profile scuffles between officers and protesters.  New stop-and-frisk procedures also increase the number of small cases, criminal defense lawyer Joel Berger told the paper.
John McCarthy, a spokesperson for the Bloomberg administration, told The Daily News that a settlement does not necessarily indicate wrongdoing by an officer.  Officers make over 23 million contacts with the public each year, and “cope with incredibly difficult situations on a daily basis,” according to McCarthy.
Between 2000 and 2010, the city paid out over $6 billion in settlements, according to the Huffington Post.
Share your thoughts on this article by posting a comment below or by visiting our Long Island Living discussion forum.