The Medical Society of the State of New York supported a crack down on flavored e-cigarettes. 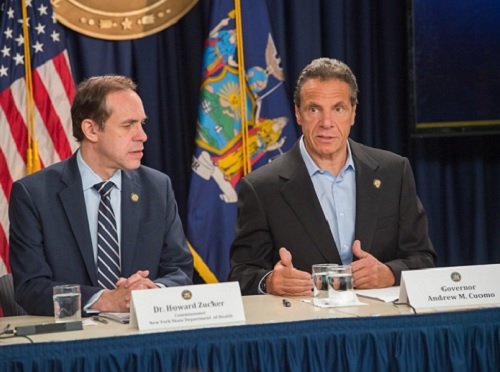 The Medical Society of the State of New York has issued a strong statement supporting Gov. Andrew Cuomo’s executive order banning the sale of flavored e-cigarettes.

Dr. Art Fougner, president of the Lake Success-based Medical Society of the State of New York, on Monday said “the physician community in New York thanks Governor Cuomo for his efforts to issue emergency regulations” to ban the sale of flavored e-cigarettes.

The Governor’s office called this “the latest in a series of actions to combat the increasing number of youth using vape products, largely driven by e-cigarette companies marketing flavors that are intended to get children addicted to nicotine.”

New York State Department of Health Commissioner Dr. Howard Zucker joined the Governor at an emergency meeting of the Public Health and Health Planning Council, where they discussed measures being taken.

“The governor’s announcement came as health officials across the country investigate a rash of pulmonary illnesses and several deaths associated with vaping,” Founger said of his group's support of a ban.

Cuomo directed the New York State Police and Department of Health to “immediately partner to ramp up enforcement efforts against retailers who sell to underage youth, with the possibility of criminal penalties.”

Cuomo also said he would propose legislation to ban the “deceptive marketing of e-cigarettes to teens and children.”.

Recent deaths related to e-cigarettes have spawned investigations and calls for legislation to limit them.

“Flavored vaping products like ‘Cotton Candy’ and ‘Captain Crunch’ are obviously targeted to entice teens to vape,” Fougner said. “The health of our children is at stake. It’s time to address this head on before it affects an entire generation.”

Cuomo on Sept. 12 signed an executive order directing state agencies to roll out education awareness programs on vaping and include vaping and e-cigarette prevention and cessation measures in their educational programs and employee trainings.

And Cuomo signed legislation to expand current school-based programs and marketing campaigns aimed at reducing tobacco use to include e-cigarettes and liquid nicotine.

Cuomo on Sept. 9 directed the New York State Department of Health to “launch an investigation into companies that produce vaping substances.”

The Department of Health has since served three subpoenas so that it can determine the ingredient mix in their diluent-thickeners.

The Department of Health also passed emergency regulations to require shops that sell e-cigarettes to post a warning that lets people know the practice poses a significant health risk.