It’s been said before: we know more about the surface of the moon than Earth’s sea floors.  In this vein of 21st century exploration, a seafloor mapping project of the Long Island Sound will be undertaken by team of researchers from the National Oceanic and Atmospheric Agency’s (NOAA), Stony Brook University, the City University of New York, the U.S. Geological Survey and New York and Connecticut departments of environmental protection and conservation among others. 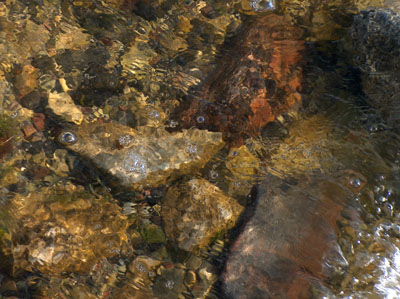 The Sound was originally shaped by advancing and receding glaciers, and the seafloor continues to be changed by strong tides and human activity.  Nearly 9 million people live around the Sound, and it serves as a drainage basin for New York City and New England.  “The wealth of new seafloor data that that we collect during this project will provide a scientific basis for management of the seafloor ecosystem and provide an excellent basis for future research,” said Frank Nitsche, a geophysicist at Columbia University’s Lamont-Doherty Earth Observatory.
Funding for the multi-year project comes from a settlement reached in 2004 between Connecticut, New York, Long Island Power Authority and the Cross Sound Cable Company due to non-compliance with permits to build energy-related infrastructure around the Sound.
Mark Tedesco, director of the EPA’s Long Island Sound Office, said, “It's routine to map critical natural resources on the land to manage and protect them.”  Tedesco said the EPA was proud to partner with the various organizations and universities to identify and protect vital natural resources in the Sound.
Daniel C. Esty, Commissioner of the Connecticut Department of Energy and Environmental Protection, said the mapping project is “critical to both the environmental and economic future of the region.”   "Wise policy decisions about any proposed future uses of the seafloor of the Sound for projects such as new pipelines or cables must be based on the type of sound science and data that this mapping project will provide,” Esty added.
Two research vessels will participate in the project.  The Seawolf, Stony Brook’s School of Marine and Atmospheric Sciences (SoMAS) research vessel, has already begun mapping the Sound this summer in an independent project intended to inform new regulations and planning around the Sound.  The Seawolf, currently docked in Port Jefferson Harbor, is open for public tours.  The second ship participating in the project is NOAA’s Thomas Jefferson, which was open for tours in Fort Trumbull State Park in Connecticut in June.
Share your thoughts on this article by posting your comment below or visiting our Long Island Living discussion forum.