Celebrate Friday the 13th with Local Haunts and Urban Legends

Take a trip to one of Long Island's most haunted places for a good scare this Friday the 13th. 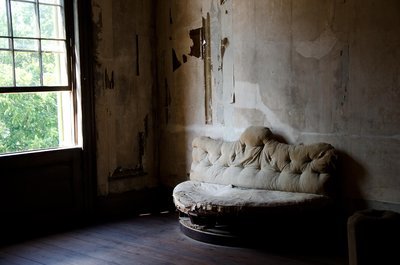 Friday the 13th is a day enveloped in superstition that is supposed to bring bad luck due to a combination of the supposedly unlucky number 13 and Friday viewed as an unlucky day in some religions.  On Long Island, Friday the 13th often brings the locals – especially teenagers – out to the most haunted spots on the Island, from Kings Park Psychiatric Center to a drive-by search for the Amityville Horror House.  For your Friday the 13th, enjoy some local haunts and urban legends that are unique to Long Island.  Here are some of the most popular haunts in the region:

Kings Park Psychiatric Center
The Kings Park Psych Center operated from 1885-1996, and after it shut down, it became the go-to place to teens and photographers alike looking to catch a glimpse of this eerie location.  Many say they see ghosts or hear screams or other chilling sounds inside the buildings.  In 2000, part of the psych center campus was reopened as Nissequogue River State Park, which protected the area from development.  This legendary site is one of the few haunts that you can actually visit and stroll the grounds, but it is illegal to enter the derelict psychiatric buildings, which are often patrolled by police.

Amityville Horror House
In 1975, the Lutz family moved into 112 Ocean Avenue in Amityville.  The house had been put on the market because thirteen months prior, the former resident shot and killed six members of his family. The Lutzes moved out of the house after only 28 days of living there, claiming that they were harassed by paranormal experiences, such as a swarm of flies that plagued the home in the winter, doors slamming, green slime coming out of the walls, and one of the children developing an imaginary friend who appeared to be demonic.  Again, this haunted location is private, and is actually inhabited by a family.

Lake Ronkonkoma
According to legend, a young Native American princess was drowned in a lake by her tribe when they felt she betrayed them after falling in love with a European.  There are some varying versions of the tale, but they all end up with a lovelorn Native American princess whose spirit haunts the lake and who captures one male each year, drowning them to be her companion.  There have been several drownings at the lake, which further adds to the mystery of the location.  People also often say that Lake Ronkonkoma is bottomless, but this deep kettle lake certainly has a floor, but some bodies of those who have drowned still have not been reclaimed.

Katie’s of Smithtown
This popular bar was featured on Paranormal State on A&E, which focused on the bar’s resident ghost, Charlie.  Legend has it that Charlie was a bartender and bootlegger in the 1920s who supposedly committed suicide, and is said to be the cause of many mysterious happenings at the bar, such as glasses flying across the room and small lights or gray spots being scene on the security footage.  Come by the bar for a drink and talk up the bartenders about the history and any spooky goings on that they have heard about!

Country House Restaurant
This Stony Brook site is said to be haunted by the ghost of Annette Williamson, the daughter of the bar’s former owner who lived during the pre-revolutionary war period.  The story goes that Annette allowed British soldiers to stay in the home, and may have been a spy.  She was hanged from the second story rafters in the building, and visitors say that she can be heard crying and that light bulbs in the restaurant often flicker on and off.  The restaurant also has a “Ghost Bar” devoted to photos of Annette Williamson and the history of the bar.

For more local haunts and urban legends, check out our page here on the most popular haunted spots on Long Island.