Be aware of the dangers of distracted driving, and put a stop to it by pledging to put your phone away while you are on the road. 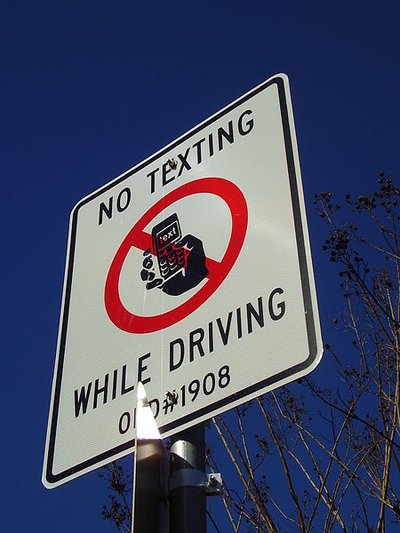 Every driver has done it – or felt the pressure to do it – at least once: Your phone rings while you are driving and you can’t bear to let it go to voicemail, or you hear a text or e-mail alert go off and curiosity gets the better of you.  In New York, there is a ban on using handheld devices while driving, as well as texting while driving, which both carry heavy penalties and fines. The number one cause of unintentional deaths in the United States is car crashes, and since April is Distracted Driving Awareness Month, and it is time to begin taking this hazard seriously and take the pledge to stay off your phone – the primary distractor – while driving.  Take a look at these surprising statistics from the National Safety Council about cell phone and hands-free cell phone use:

Put a Stop to Distracted Driving
Turn your phone off, and put it somewhere in your car out of your field of vision, such as in the glove compartment or in the backseat, and leave it there.  Take the pledge to be a safe driver at Distraction.gov, the US Government Website for Distracted Driving.  Besides just signing the pledge, put it up somewhere where you and others in your family (such as teen drivers) will see it, such as by where you keep the car keys, or even in the car. Also, make sure you and your family members are aware of the texting stops on the Long Island Expressway and other major highways across the state, so that if you just have to check your phone, you can pull off into one of these stops and check it safely.

Below is a video from the National Safety Council about the high cost of Distracted Driving. Click here to visit their official YouTube Page, and view all of the NSC's informative videos.