The Woolworth Estate embodies the opulence and wealth of the Gold Coast during the ninteenth century.
https://commons.wikimedia.org/wiki/File:WoolworthEstate.gif

Long Island’s North Shore has long been home to large estates maintained by the wealthy and the well-to-do. Although towns and sprawling suburban populations have grown over the last hundred years, the shore has retained its aristocratic heritage. Due to the economic stability and high standard of living during the ninteenth century, the North Shore was dubbed, the "Gold Coast."

Before the Great Depression, LI’s Gold Coast contained the most highly valued real estate in North America with the wealthiest families in the New York area owning much of the shore. The Vanderbilts, Coes, Morgans, Goulds, Guggenheims, Astors, Pratts, and many more owned mansions and summer homes near the coast.

Even the richest Americans were unable to maintain their vast wealth following the downturn of the stock market. The middle of the 20th century became a decisive period for the luxurious mansions on Long Island’s North Shore.  The Vanderbilt estate was transformed into a museum owned and operated by Suffolk County. Oheka was made into a military school, which was subsequently abandoned and repurchased in the mid-1980’s and restored to its present-day beauty.  Historians and proprietors are taking great strides to preserve these estates for both educational and recreational purposes.

Perhaps the most famous depiction of the Gold Cost came in the form of F. Scott Fitzgerald’s classic novel The Great Gatsby. This story depicts a very unique and specific slice of life in our country’s history through the social quarrels between the “old money” and “new money” of the era. The novel has had multiple film adaptations, including director Baz Luhrmann’s 2013 take on the classic starring Leonardo DiCaprio.

None of the adaptations were actually filmed on Long Island, but there are many real mansions from the era that are open for public visitation and tours today. Others have been repurposed as inns, catering halls, museums, and schools. 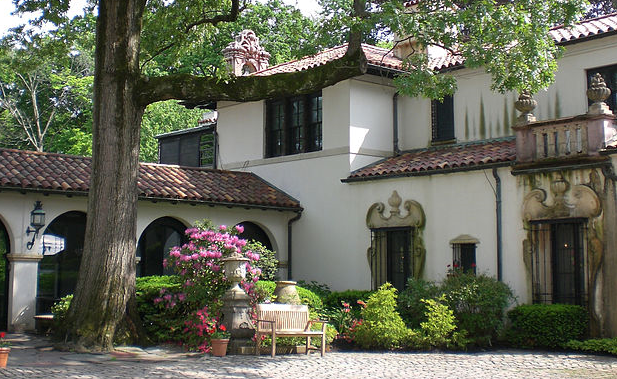 The Vanderbilt Museum provides visitors a glimpse into the lavish lifestyle of one of America's wealthiest families.
Photo by: Itasca, via WikiCommons (CC BY-SA 3.0) | https://commons.wikimedia.org/wiki/File:William_K_Vanderbilt_II_Estate_Mansion_%26_Museum_2014_08.jpg

The Vanderbilt museum was one of many Vanderbilt family-owned estates on Long Island, and the most prominent. It was built in Centerport by William Kissam Vanderbilt II. Vanderbilt began designing this estate at the turn of the century and continued to build it for the subsequent two decades. He selected this property located off of Northport Harbor because it was the deepest natural harbor on Long Island, enabling him to dock his massive yachts in the harbor. From this harbor, Vanderbilt travelled around the world, twice, and on several other expeditions he amassed an enormous collection of world heritage and natural history artifacts that today comprise the exhibits of the Suffolk County Vanderbilt Museum.  Vanderbilt’s “summer cottage,” called Eagle’s Nest is a place of learning for students of all ages across Long Island; it even features a popular planetarium. 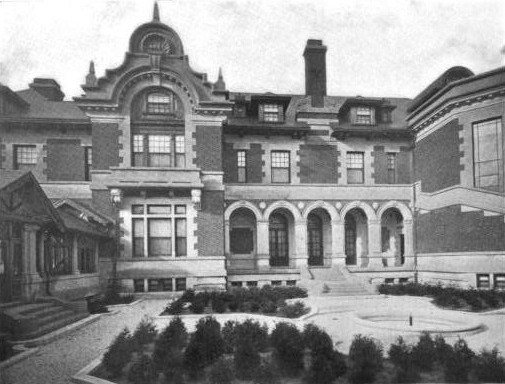 Idle Hour estate, circa 1903.
Photo by: Altairisfar, via WikiCommons. | https://commons.wikimedia.org/wiki/File:Idle_Hour_03.jpg

Idle Hour was another estate owned by William K. Vanderbilt. It was constructed in 1901 to replace a previous Oakdale mansion which had burned down in 1899. The estate was later acquired by Adelphi University as part of the school’s outreach to Suffolk County during the mid-20th century. In 1968, the college cut ties with Adelphi and it was renamed Dowling, after its chief benefactor. Idle Hour is stil open for tours. 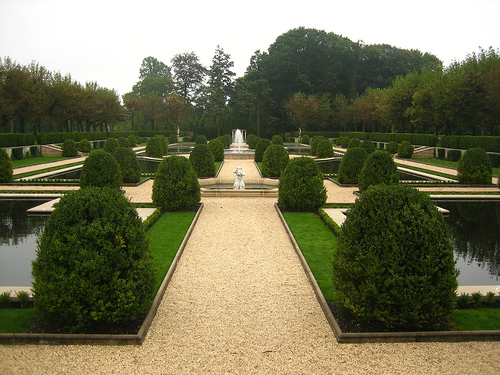 Oheka Castle, a French-style chateau, was built by financier and philanthropist Otto Hermann Kahn on the highest point on Long Island in Cold Spring Harbor.  This historic estate, was abandoned and in disrepair for years, until recent efforts restored the chateau to its former glory. Today, Oheka Castle which cost an equivalent of roughly $110 million dollars, is used as an elegant wedding venue.

Mill Neck Manor was built by Robert L. Dodge around 1925 and cost two million dollars to construct. The Tudor Revival structure stands just two stories tall, but has over 34 family rooms and 16 baths. In 1949, it was purchased by the Lutheran Friends of the Deaf for a fraction of its original cost and converted into the Mill Neck Manor School for the Deaf. The school moved to a newly constructed Deaf Education Center in 2001, and the mansion has since been opened to guided tours; proceeds from the tours are used to benefit those who are deaf or have special needs. 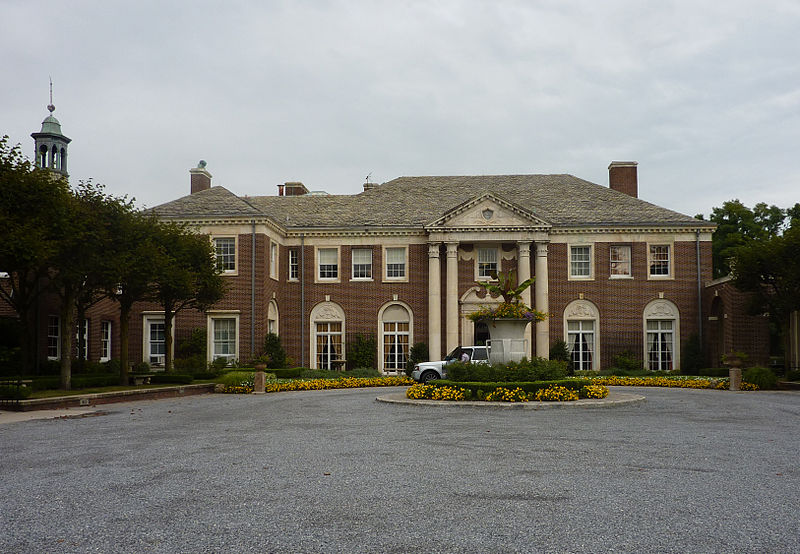 The DuPont-Guest Estate has had numerous owners throughout its century old existance.
Photo by: Muncharelli, via WikiCommons (CC BY-SA 3.0) | https://commons.wikimedia.org/wiki/File:DuPont-Guest_Estate.JPG

Templeton was built at the behest of Alfred du Pont in 1916, who commissioned it to be his new residence atop nearly 300 acres of land in Old Westbury. He named it the White Eagle, but after the death of his wife, du Pont sold the mansion and its land to the Guest family, who renamed it Templeton. The estate was later purchased by the New York Institute of Technology, which converted the mansion into offices for its staff as well as a conference center, and renamed it Seversky after a member of its Board of Trustees.

The Chrysler Estate in Kings Point was originally built by Henri Bendel and was later acquired by Walter Chrysler in 1923. It is now owned by the US Merchant Marine Academy, which maintains a museum full of naval and marine exhibits.