With over one million of the popular remote-controlled flying devices sold this Christmas, the U.S. Government is stepping in amid safety concerns. 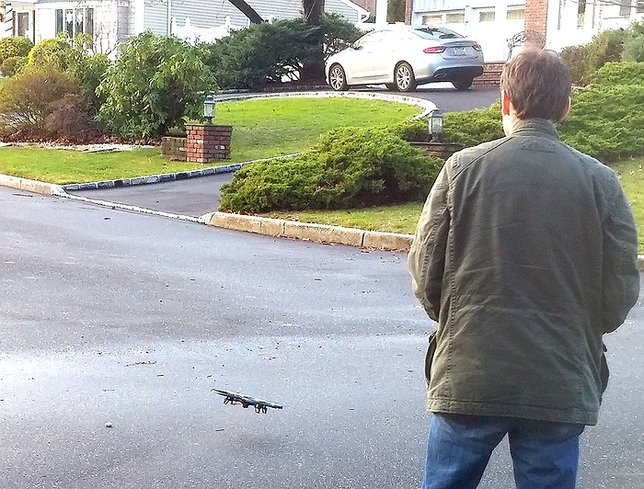 Local drone-enthusiast Joe G.'s UDI 818A Drone lifting off from the pavement below.

When it comes to Christmas presents, tech is where it’s at- iPhones, iPads, and Hoverboards appeared at the top of many a holiday present list this year, but a hot new up-and-comer – the drone – is seeing skies all over the United States filling up with the remote-controlled flying surveillance devices, and safety concerns over their growing and near-ubiquitous presence have raised the eyebrow of more than one government official.

The commercial version of the Unmanned Aerial Vehicle (UAV) - known to most people as a 'drone' - is a small, unmanned aircraft operated by remote control that typically operates utilizing a series of propellers to create airlift, functioning a bit like a cross between a helicopter and a hovercraft. They've been used in the military for well over 100 years in one form or another (Austria is said to have sent unmanned, bomb-filled balloons to attack Venice in 1849), but in recent years the technology involved has been made available to the common man and woman on the street. 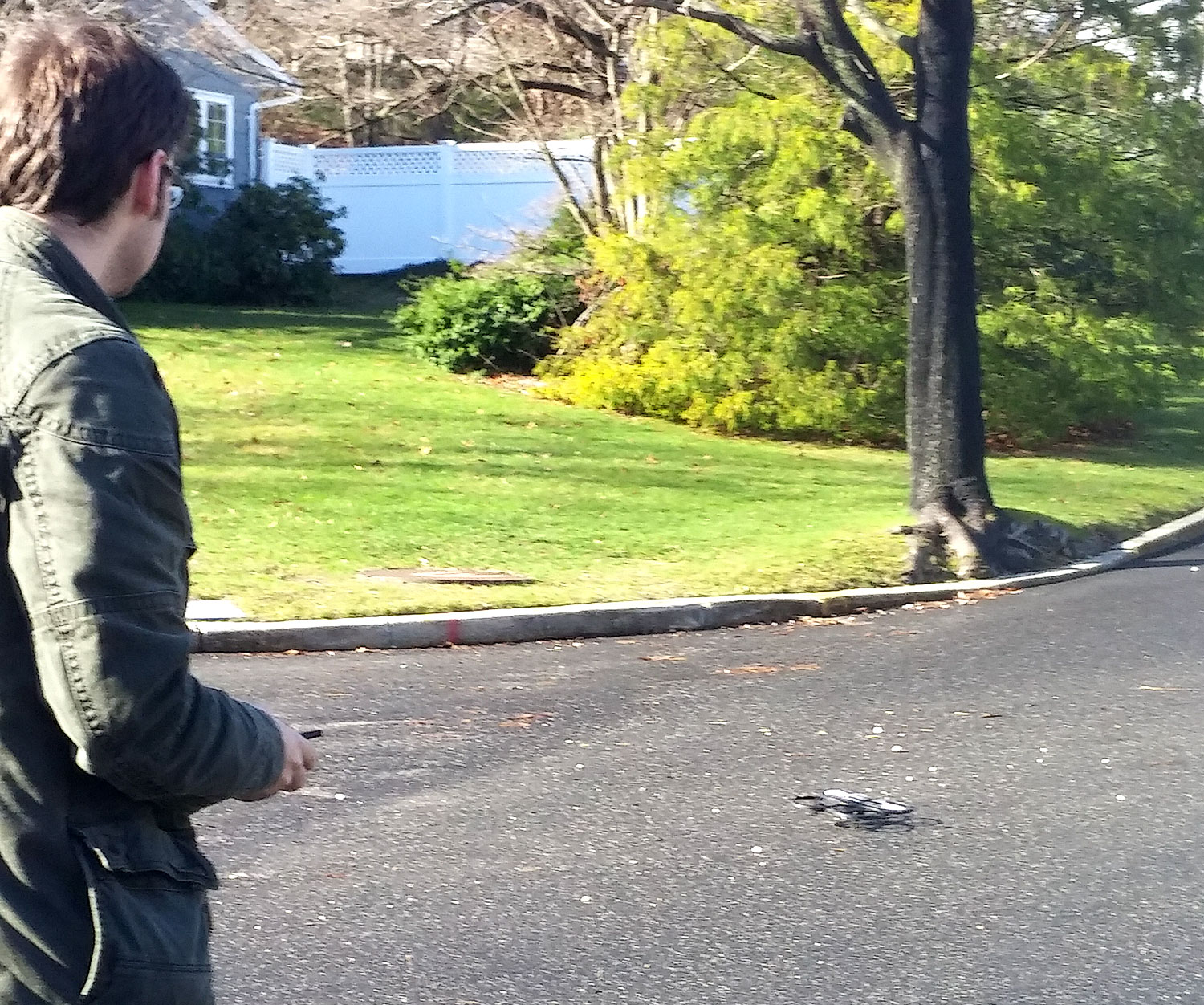 Local drone enthusiast Joe G. landing his drone after taking it out for a spin.

Varying in size price (raging from hundreds to thousands of dollars), drones have entered the mainstream market in the United States and have recently exploded in popularity; often equipped with high-definition cameras capable of recording crystal-clear video of their surroundings, drones have found a variety of uses with the public. But to some, drones have also become a public nuisance, and to others, a legitimate danger that has the Federal Aviation Administration (FAA) stepping in to establish new and strict regulations for drones in 2016. 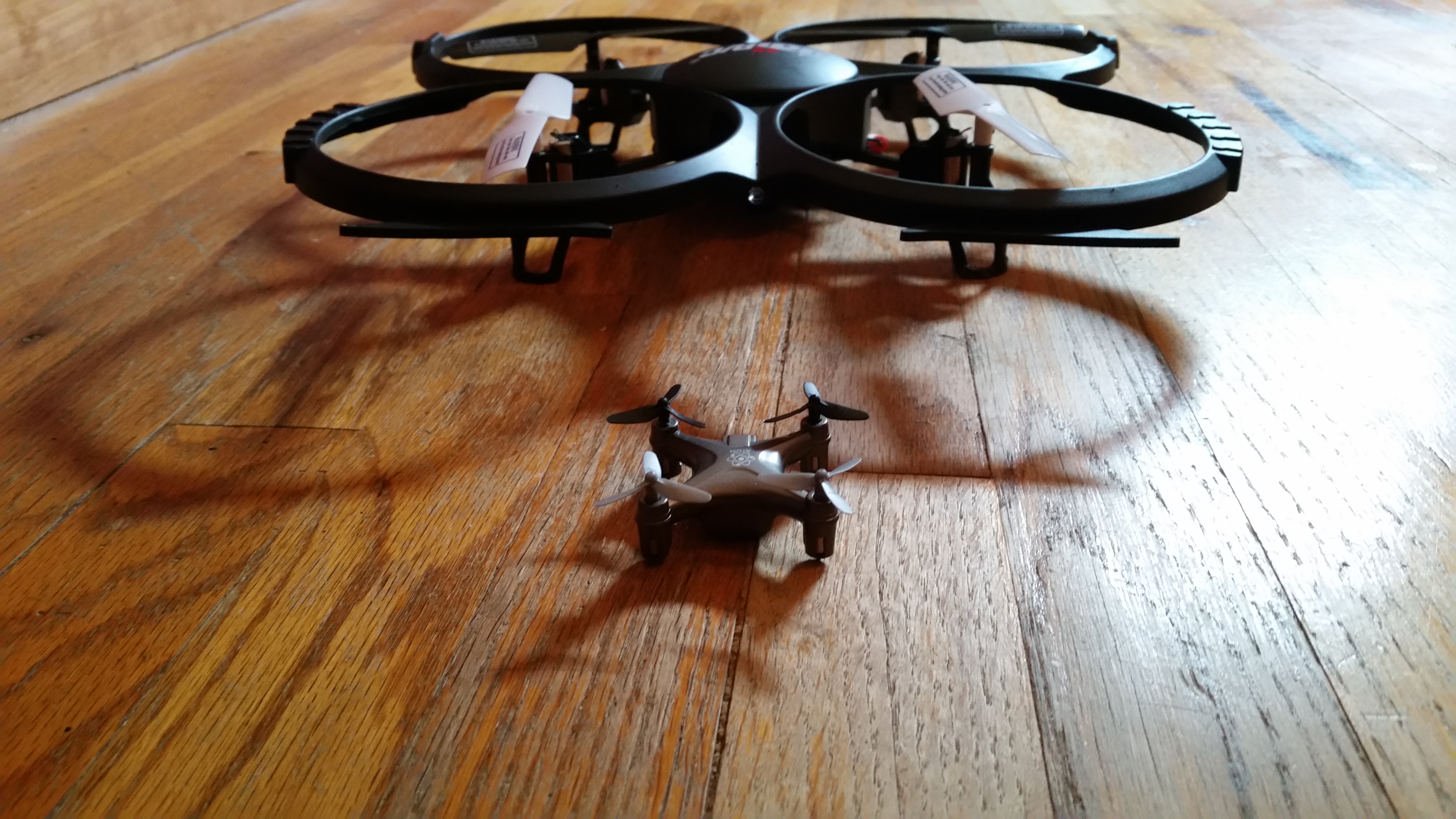 While a fun, useful, and fascinating gadget in the hands of an experienced and responsible user, drones have proven to be a hazard when not utilized in a proper manner. Privacy issues regarding someone potentially filming you in your backyard from above without permission aside, numerous reports of drones flying in restricted airspace around airports have resulted in near-collisions that could have spelled tragedy; drone users in increasing numbers, knowingly or unknowingly, have intruded upon National Airspace multiple times in recent years.

Other incidents – such as reports of drones crashing into sports stadiums, colliding into and knocking out parade-goers, and even ending up on the lawn of the White House – were less potentially lethal, but still are considered crossing the line of safety and privacy, already giving drones and drone users a negative reputations amongst the public, to the detriment of responsible UAV users everywhere. In fact, thanks to drones, it’s even getting to the point that it’s not even safe to hit the ski slopes anymore:

This past Christmas, Rich Swayze, a representative of the FAA, estimated that over one million drones were going to be bought as presents; if accurate, this could result in some serious congestion of the skies, and the FAA has announced that it’s time to give this hobby some serious regulation; in this instance, it’s essentially time for the law to finally catch up with technology.

As of December 21, and as stated on the FAA website, all aircraft weighing more than .55 pounds (250 grams) and less than 55 pounds (approx. 25 kilograms), including payloads such as on-board cameras, must be registered. The price for doing so won’t break the bank- for the first 30 days registration is free (via a rebate), and only $5 per vehicle afterwards. Drone owners (be at least 13 years old) must provide their name, home and email address, and will be assigned an Ownership Certificate and a unique identification number for each device they register.

At a press conference announcing the new drone registration initiative, FAA Administrator Michael Huerta urged the public to comply and register their UAVs in the name of safety and security.

"The FAA wants everyone who buys a drone this holiday season to know they’re responsible to understand the airspace rules and to fly safely,” he said. “If you own a drone weighing about 9 ounces but less than 55 lbs. you must register with the FAA by February 19th. Registration is free through a rebate until January 20th. So register online now at FAA.gov. And give the gift of safety to your friends and family this holiday season by encouraging them to register their drones as well." 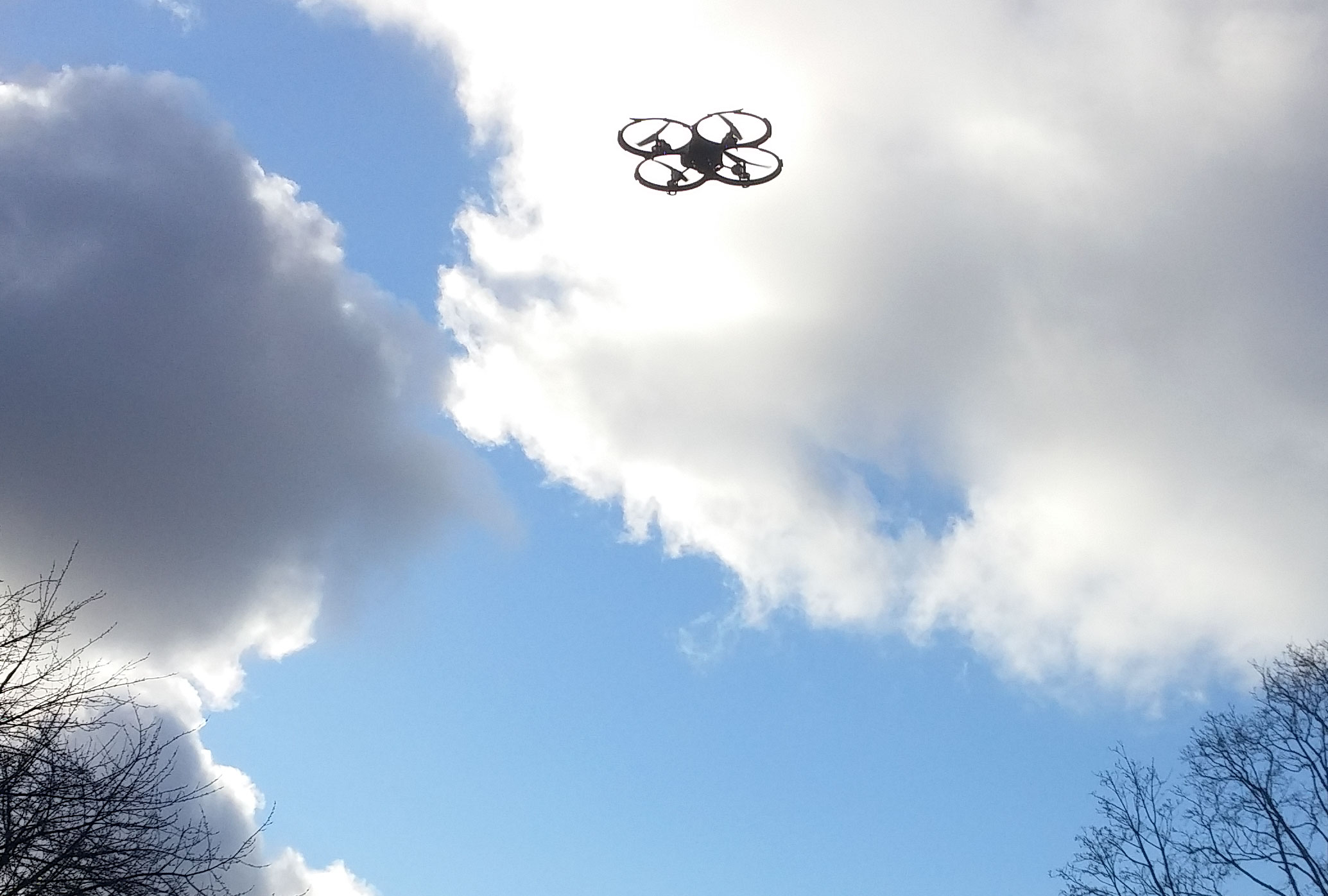 A UDI 818A Drone Quadcopter hovering above the trees.

Alas, this law appears to include even to model aircraft enthusiasts, a group that typically doesn’t tend to impose as much upon the general populace, according to Aircraft Owners And Pilots Association (AOPA) President Mark Baker, who commented on the new law.

“The safety of our airspace and everyone who operates in it is paramount, but we also want to ensure that the UAS community can continue to grow and thrive,” he said. “Although model aircraft have been operating for many years largely without incident, other applications for unmanned aircraft are relatively new and have enormous commercial and recreational potential. Right now, we have the opportunity to make sure that regulatory requirements are right-sized to provide real safety and accountability benefits.”

A UDI 818A Drone Quadcopter piloted for a flight demonstration by a local drone enthusiast in Commack, NY.

Other steps the FAA to curtail the inappropriate use of drones has taken include imposing a ban upon their use within 30 miles of Washington, DC's airport for obvious national security and airspace issues, affecting up to 36 drone clubs who operate in the area.

But what do these new regulations mean to actual drone owners themselves? Michael DeGeorge , a Massapequa teen who was just given a Phantom 2 Quadcopter Drone for Christmas – although due to a busy schedule and inclement weather, has yet to unbox it – doesn’t think having to register his new toy is that big of a deal.

“I can see where they’re coming from…I mean, you have to register other stuff like a car or motorcycle,” he said. “You need to be held accountable in case something happens, like if you fly the thing into a plane or a neighbor’s backyard. I’ve already registered my drone, and it was a quick, easy thing, and I didn't feel like it was intrusive. Now all I have to do it get it out of the box when I have a second and actually try flying it.”