60-year-old Patchogue man took off from the beach and got tangled up shortly after. 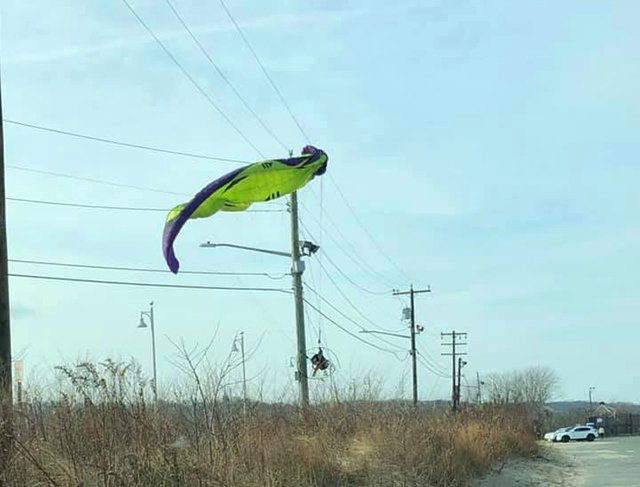 A Patchogue man went out to Cedar Beach in Mount Sinai for a day of paragliding but ended up tangled in a power line. Suffolk County Police responded to calls at about noon on Saturday, December 28th for the accident where the 60-year-old man struck the powerline shortly after taking off from the beach.

The powerline was not energized according to police and no injuries were reported. Mount Sinai Fire Department responded to the call as well as the FAA and PSEG.