Officers Rescue Father and Son Off of Cupsogue Beach

A Ronkonkoma father and his 12-year-old son who were pulled out by a rip tide off of Cupsogue Beach in Westhampton Beach this evening. 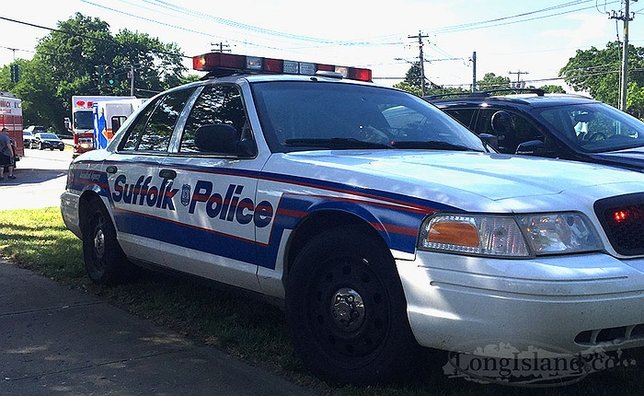 The father and son from Ronkonkoma were safely rescued after they were pulled out by a rip tide off of Cupsogue Beach in Westhampton Beach.

Westhampton Beach, NY - June 26, 2016 - Suffolk County Police Marine Bureau officers rescued a Ronkonkoma father and his 12-year-old son who were pulled out by a rip tide off of Cupsogue Beach in Westhampton Beach this evening.

Justyn Espineira, 12, was swimming at Cupsogue beach, located on Dune Road, at approximately 6 p.m. but was unable to swim back to shore because of a strong rip tide. Justyn’s father, Rick Espineira, 52, paddled out to his son on a body board. Rick grabbed his son and held on to him but the rip tide pulled both of them out towards Moriches Inlet. The victims were approximately ¼ to ½ a mile away from the shore and were drifting in a southwest direction.

Officers from the Suffolk County Police Aviation Section located Justyn and Rick and kept them in sight while Marine Bureau Officers Robert Femia and Neil Stringer responded in Marine Bureau Mike. Officers Femia and Stringer pulled the father and son out of the water at approximately 6:17 p.m. and transported them to the East Moriches Coast Guard Station, located at 100 Moriches-Island Road. As a precaution, EMTs from East Moriches Ambulance examined the victims who did not suffer any injuries.