In light of the menace of growing anti-Semitism abroad as well as in the New York area, a group of organizations will harness their resources to establish an action coalition to educate the Long Island ... 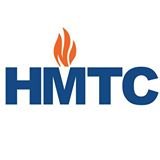 Long Island, NY - December 29, 2014 - Long Island, New York is home to one of the largest and most active Jewish communities in the world and is fortunate to host a number of effective organizations focusing on issues of tolerance. In light of the menace of growing anti-Semitism abroad as well as in the New York area, a group of organizations will harness their resources to establish an action coalition to educate the Long Island community about this threat and to respond to anti-Semitic incidents.

The founding members of the Coalition are the American Jewish Committee (AJC), the Anti-Defamation League (ADL), the Holocaust Memorial and Tolerance Center of Nassau County (HMTC), the Jewish Community Relations Council (JCRC), the Long Island Board of Rabbis (LIBOR) and the Suffolk Center on the Holocaust, Diversity and Human Understanding (CHDHU).  Each of these organizations brings unique skills and resources to this important task and they are united in their determination to combat anti-Semitism, particularly here on Long Island.

The Coalition members will organize and co-sponsor programs and major events to inform the public about the history, causes and current day realities of anti-Semitism as well as pro-active strategies to counter the threat.

“The stunning rise in anti-Semitism threatens the ability of Jews everywhere to fear for their safety for no other reason than their religion,” said Steven Markowitz, Chairman of the Holocaust Memorial and Tolerance Center, and a spokesman for the Coalition.

He added: “Since the renewal of hostilities in the Middle East last summer, we have seen a rise of hate crimes against Jews sweep across Europe, South America, Australia and elsewhere.  We know from history what happens when anti-Semitism is allowed to spread unchallenged. Now is the time to stand up.”

Coalition organizations, working both individually and collectively, will continue their high level interaction with national, state and local government officials, including the police departments of Nassau and Suffolk Counties.  They will provide immediate response to anti-Semitic incidents and, where appropriate, offer assistance to victims.  Most important, the Coalition members will develop meaningful opportunities for individuals and organizations to participate in a variety of approaches to minimize and counter anti-Semitism in our community.