Legislator Anker: Celebrating Independence Day in the Village of Shoreham 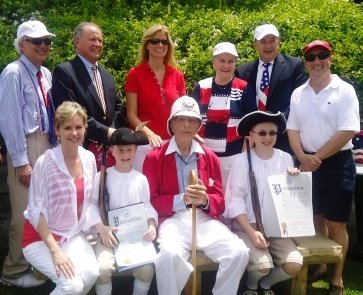 Shoreham, NY – July 8th, 2013 – On July 4th, Legislator Anker joined the Village of Shoreham in celebrating Independence Day. The holiday began with a parade and festivities that lasted throughout the day. This year’s celebration was not only a time for residents to celebrate Independence Day, but also a time to commemorate the village’s 100th anniversary.

“I’d like to congratulate the Village of Shoreham on its 100th Anniversary,” said Legislator Anker. “I’m proud to be part of such a special event.”

Legislator Anker presented a proclamation to the village’s Mayor, Roger Pijacki, on behalf of the centennial anniversary. Following the parade and ceremony, there were hotdogs and ice cream for all, as well as the annual softball game kicked off. The village continued its four day celebration until Sunday, July 7th.