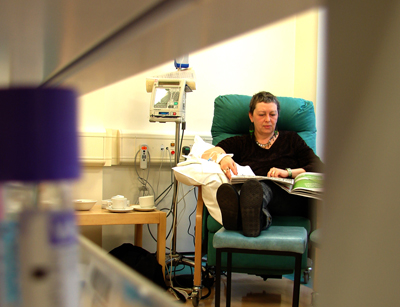 Other outpatient services were restored in early November, but other medical and surgical units remained closed as more extensive repairs were required.
Dozens of surgeries were already being performed on Thursday as the hospital continues to make its way to a full recovery.  The hospital is also now serving patients in medical and surgical intensive care units, though the emergency room remains closed.
Hospital officials report that within the next few weeks a temporary urgent care center will be opened to address emergency medical needs as repairs are completed in the emergency room which was inundated with flood waters from the East River.  Other units, including the maternity ward and pediatrics are scheduled to open on Jan. 14.
In total, the hospital reported $1 billion in damage.  On Dec. 16, Gov. Cuomo announced that the hospital received its first round of reimbursements since the storm, totalling more than $114 million.  "Communities across downstate New York were torn apart and devastated by Hurricane Sandy, and now it is time to rebuild stronger than ever before," Governor Cuomo said at the time, adding that the funding would help the staff get back to helping New Yorkers who rely on the facility.
Share your thoughts on this article by posting your comment below, or by visiting our Long Island Living discussion forum.