Highs on Friday will be in the mid-50’s, eliminating any chance that the rainfall could change over to either snow or sleet. 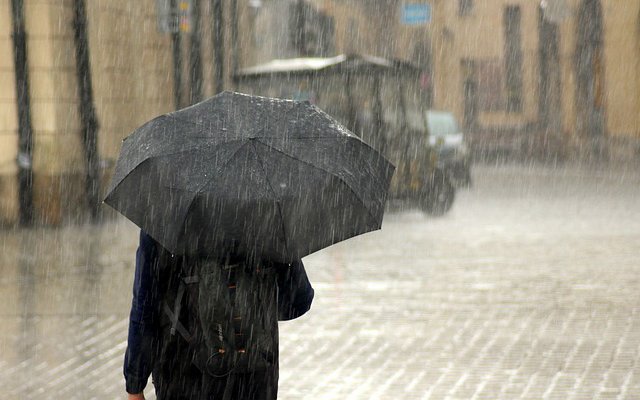 Long Island, NY - December 27, 2018 - Mirroring last week's forecast that saw heavy rainfall hitting the Long Island region - which caused coastal flooding in some areas - this week we are once again expected to experience significant precipitation starting Thursday night and lasting throughout much of the day Friday. However, due to high-than-average temperatures for this time of year, the anticipated precipitation will be once again in the form of rain, temporarily putting off Long Island’s first major snowfall of the winter season.
According to the National Weather Service, rain is likely to begin tonight after approximately 3 a.m. with projected precipitation amounts coming in at around as much as one inch in some areas. The rain is expected with 100 percent certainty to continue throughout Friday morning, afternoon, and into the evening, with additional precipitation amounts of up to two inches expected. Highs on Friday will be in the mid-50’s, eliminating any chance that the rainfall could change over to either snow or sleet.
Nonetheless, the heavy rainfall is expected to impact Friday morning’s commute, and those headed to work are advised to give themselves extra time and have alternate routes in mind in case they encounter any potential road flooding.
The rainfall in the forecast, coupled with fairly heavy winds – 13 to 18 mph, with gusts as high as 28 mph – could result in some mild coastal flooding, so residents of areas prone to this issue are advised to take precautions and to have a plan in place in case their neighborhood is affected.
Come Friday night the chance of continued rainfall drops to 30 percent, with precipitation anticipated to cease by approximately 9 p.m. From there, aside from some residual could banks, skies are expected to gradually clear, leading to mostly sunny weather on Saturday with highs in the low-to-mid 50’s.
The current weather forecast for throughout this upcoming weekend is as follows: