Tom Kenny, the voice of SpongeBob, will be Tom Needham’s guest this Thursday at 6 P.M. on WUSB’s the Sounds of Film. 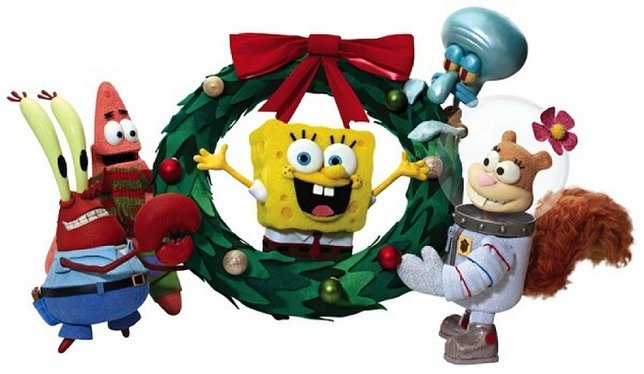 Nickelodeon's It's a SpongeBob Christmas!

Stony Brook, NY - December 21, 2016 - SpongeBob SquarePants’ Tom Kenny will be Tom Needham’s guest this Thursday on a special holiday edition of the Sounds of Film on WUSB.

Tom Kenny is a actor, voice actor and comedian who is most known as the voice of SpongeBob SquarePants.  He is also responsible for doing the voices on the show for the characters Gary, Harold SquarePants and the French Narrator. Tom Kenny will be discussing his work on the holiday classic, It’s a SpongeBob Christmas!  In addition, he will be talking about growing up in Syracuse, his love of music, and his work on Nickelodeon’s SpongeBob SquarePants.
This holiday edition of the Sounds of Film will also feature music from some of Hollywood’s most popular Christmas movies and television shows such as the Polar Express, Santa Clause is Coming to Town, Elf, It’s a Wonderful Life, Rudolph the Red Nose Reindeer and a Star Wars Christmas.
About the Sounds of Film
The Sounds of Film is the nation’s longest-running film-themed radio show.  For the past 30 years, the program has delivered a popular mix of interviews and music to listeners all over Long Island, parts of Connecticut and streaming live on the Internet.  Past guests include director Kenneth Lonergan, Michael Moore, Jim Breuer, Darryl “DMC” McDaniels, director Alexandra Pelosi and composer Howard Shore.