U.S. Senator Charles E. Schumer today called on Congress to pass legislation in the Senate that aims to modernize the way the federal government deciphers, disrupts and decodes the social media methods of terror groups ... 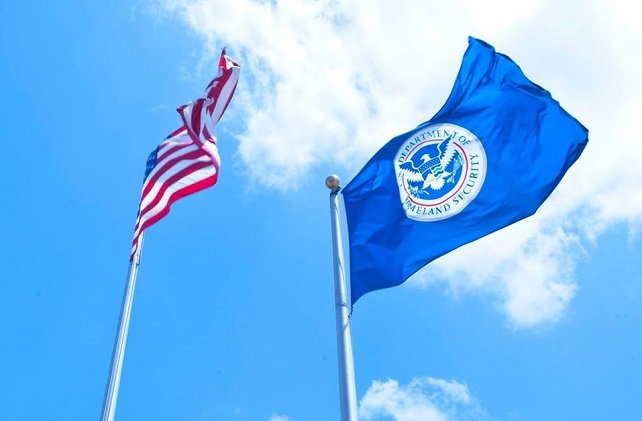 Schumer: Feds need a “Status Update” when it comes to analyzing Facebook posts, other social media methods of terror groups.

Washington, DC - December 21, 2015 - U.S. Senator Charles E. Schumer today called on Congress to pass legislation in the Senate that aims to modernize the way the federal government deciphers, disrupts and decodes the social media methods of terror groups and terror suspects. This bipartisan legislation, known as the Combat Terrorist Use of Social Media Act of 2015, just passed the U.S. House of Representatives and is now on its way to the Senate. Schumer announced he will back the legislation in hopes of perfecting efforts the U.S. government uses to scan and investigate social media sites of those with pending visa applications and those the federal government believes are likely to plan or carry out domestic terror attacks. The legislation ‎would enhance the way the Congress and the Administration work together to analyze and assess how social media has become the medium of choice for terrorists and terrorist messaging methods here in the United States and abroad. Schumer points to ISIS, which is known to utilize social media when communicating with and encouraging new sympathizers, as the main reason to support a full review of how the U.S. coordinates and assesses the role social media is playing in the fight against terror.

In fact, just this past week, a Rochester, New York pizza shop owner pleaded guilty to using multiple social media sites to recruit for ISIS, including Facebook. The suspect utilized 23 different Facebook accounts to “seek donations and declare his support for violent jihad and allegiance to the Islamic State and its leaders.”  The pizza shop owner will be sentenced in March. Schumer says that instances like this prove the U.S. is thwarting domestic terror threats, however more can and should be done to zero-in on the new social media methods lone wolves or terror groups utilize to lure Americans and others into terror networks.

“The federal government needs to modernize the way in which it deciphers, disrupts and decodes the social media techniques of terrorist organizations and groups,” said U.S. Senator Charles Schumer. “And we must definitely screen the public postings of those seeking visas to make sure they are not affiliated with a terrorist organization. This legislation would require the federal government to refine the ways we both assess and participate in social media. Our government has the capability to stay on top of these terror groups—and we do a fine job—but we can do this more extensively and efficiently. The bottom line is: something needs to be done to better screen social media activity to ensure the safety of all those that come to visit and live in the United States.”

Schumer continued, “Simply put, the feds need a ‘status update’ when it comes to analyzing Facebook posts and other social media methods of terror groups, and this legislation will get us there.”

Schumer also notes that the recent terror attack in San Bernardino demonstrates how screening social media sites may play a vital role in promoting safety measures in visa processing, another area where Schumer has voiced support for changes to standard procedure. One of the shooters, Tashfeen Malik, entered the country on a fiancé visa program, also known as the K-1 visa. Schumer said that, as part of the standard operating procedure, the Department of Homeland Security should screen the public social media postings of those applying for a visa. Schumer’s support for the Combat Terrorist Use of‎ Social Media Act of 2015, which was introduced by U.S Representative Ted Poe (R-TX) and just passed in the House of Representatives, can help to spur passage of these reform efforts in the Senate.

Now that this bill has passed the House, Schumer is urging passage of the bipartisan bill in the Senate, as it would help strengthen and ensure intelligence gathering and the safety of Americans. Schumer went on to say that even employers do social media checks on potential employees and that it makes sense for our government to do the same when it comes to potential visa holders. Schumer says this legislation must pass the Senate so that the federal government can better gather and assess terrorist social media messaging. Schumer also mentioned the bill would require the U.S. to go on the offense with its own social media strategy to disrupt the recruitment and communications of terrorists groups with a more direct plan of action.

Specifically, the legislation would require the federal government to determine the best ways in which the U.S. can decipher, disrupt and decode the methods terror groups employ to spread their radical message. Schumer said tightening up the way in which the U.S. combats terrorists and terrorist organizations’ use of social media is a key issue that must be addressed. The Schumer-backed legislation would require federal officials to deliver (1) an assessment on how social media is utilized in radical movements in the United States and abroad; (2) an evaluation on how terrorists and terrorist organizations use social media in their causes; (3) proposals on how to combat and counter the use of social media to persuade, by terrorists and terrorist organizations; (4) assessments of the intelligence value of terrorism in social media. The legislation would also require the administration to enact policy that would enhance the ability for the Executive and Congress to work together with social media companies to ensure efficiency of this strategy as laid out in the President’s 2011 Strategic Implementation Plan for Empowering Local Partners to Prevent Violent Extremism in the United States. Schumer says these steps must be taken if we are going to continue to thwart attacks and gather intelligence.