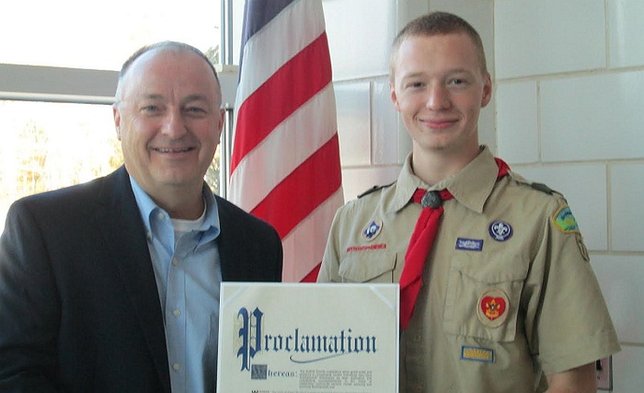 For his Eagle Scout Leadership Project, Colin fulfilled a need of the San Remo Civic Association, which was to have a new welcome sign constructed at the San Remo Park. Colin supervised 20 volunteers, designed the sign, and oversaw its construction and installation along with a new flower bed at its base.

“Becoming an Eagle Scout is a testament to your character and leadership skills and is something that you have accomplished while still a teenager. This recognition will stay with you for the rest of your life,” said Suffolk County Legislator Rob Trotta, who represents the district. “What you have done is very impressive and we all expect great things from you in the future,” added Legislator Trotta.