Kaminsky: "This major step will unlock a world of opportunity for kids whose potential has been stymied by an unyielding bureaucracy." 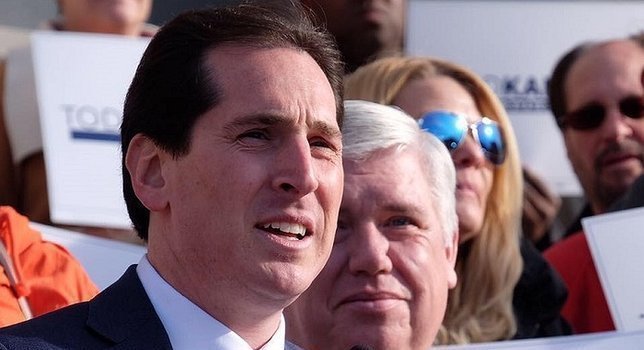 Rockville Centre, NY - December 12, 2017 - Today, Senator Todd Kaminsky announced that the New York State Board of Regents (“BOR”) acceded to his advocacy and will now offer differently-abled students a pathway to a high school diploma. The BOR created a new pathway to a diploma by allowing superintendents to permit students who pass regents level classes to graduate -- regardless of their scores on their one-size-fits-all Regents exams.
“This major step will unlock a world of opportunity for kids whose potential has been stymied by an unyielding bureaucracy. I have met with far too many students who demonstrate a clear ability to succeed on the next level, but have been unfairly prevented from receiving a diploma. Some of these students may go on to change the world and I look forward to seeing what they will achieve,” said Senator Todd Kaminsky.
New York State phased out Regents Competency Tests (RCTs) in recent years and replaced them with strict requirements to pass five Regents exams in order to earn a high school diploma. Despite the Safety Net option to earn a score of 55 or above on three of the five required Regents exams, some students have had tremendous difficulty passing these tests. The CDOS Commencement Credential was introduced as an alternative for high school students with disabilities. However, this new credential is not recognized by colleges, the military, and many employers. Therefore, students who cannot pass the five required Regents exams — despite attaining good grades in class — have been unable to obtain a meaningful high school diploma and are therefore locked out of many post-secondary opportunities in which they would otherwise thrive.
In June 2015, Kaminsky penned a letter to the State Education Commissioner urging quick and meaningful action to address the lack of available high school diploma options for students with developmental and learning disabilities. The letter immediately gained bipartisan support and was signed by over 100 Assemblymembers from both sides of the aisle. Kaminsky has continuously urged the Education Department to provide an alternative pathway, and held several forums and rallies on the matter throughout his district, inviting state education officials to hear from parents and students about their experiences and struggles with the then-status quo.