Officials: The subject fled, on foot, westbound on Dutch Broadway with the above proceeds. 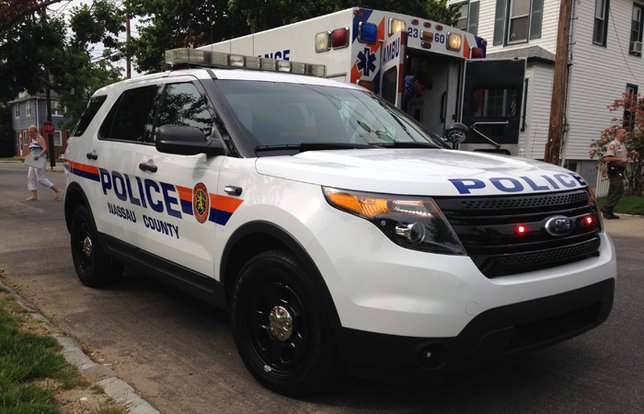 NCPD reports a Robbery that occurred on Tuesday, December 12, in Elmont.

Elmont, NY - December 12, 2017 - The Fifth Squad reports the details of a Robbery that occurred on Tuesday, December 12, 2017 at 5:45 a.m. in Elmont.
According to detectives, an unknown male subject entered the 7-11 located at 1755 Dutch Broadway and placed ten Haagen Daz pint sized ice cream containers in a black bag. The 19 year old male store clerk approached the subject, at which time the subject displayed a box cutter knife. The subject fled, on foot, westbound on Dutch Broadway with the above proceeds. No injuries were reported. There were two customers and one additional employee present at the time of the incident.
The subject is described as a male, black, 5’ 10”, approx. 225 lbs, in his late 30’s early 40’s, wearing a gray hat, blue and white long sleeve shirt, a blue vest, gray jogging pants and black sneakers.
Detectives ask anyone with information regarding this crime to contact the Nassau County Crime Stoppers at 1-800-244-TIPS. All callers remain anonymous.