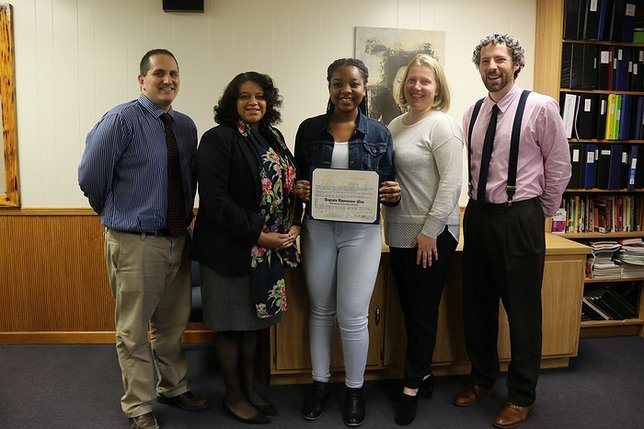 The Elmont Memorial High School MUN team attended the Yale University Conference in New Haven, Connecticut, from January 21, 2016 to January 24, 2016. The team competed against students from all around the world, from 40 different countries and over 1,600 delegates.

They debated on topics, such as Ethnic Conflicts, Refugee Crises, Curbing Pollution, and Human Trafficking.  The Elmont MUN team was victorious, winning awards in five different committees, including the best delegate award. 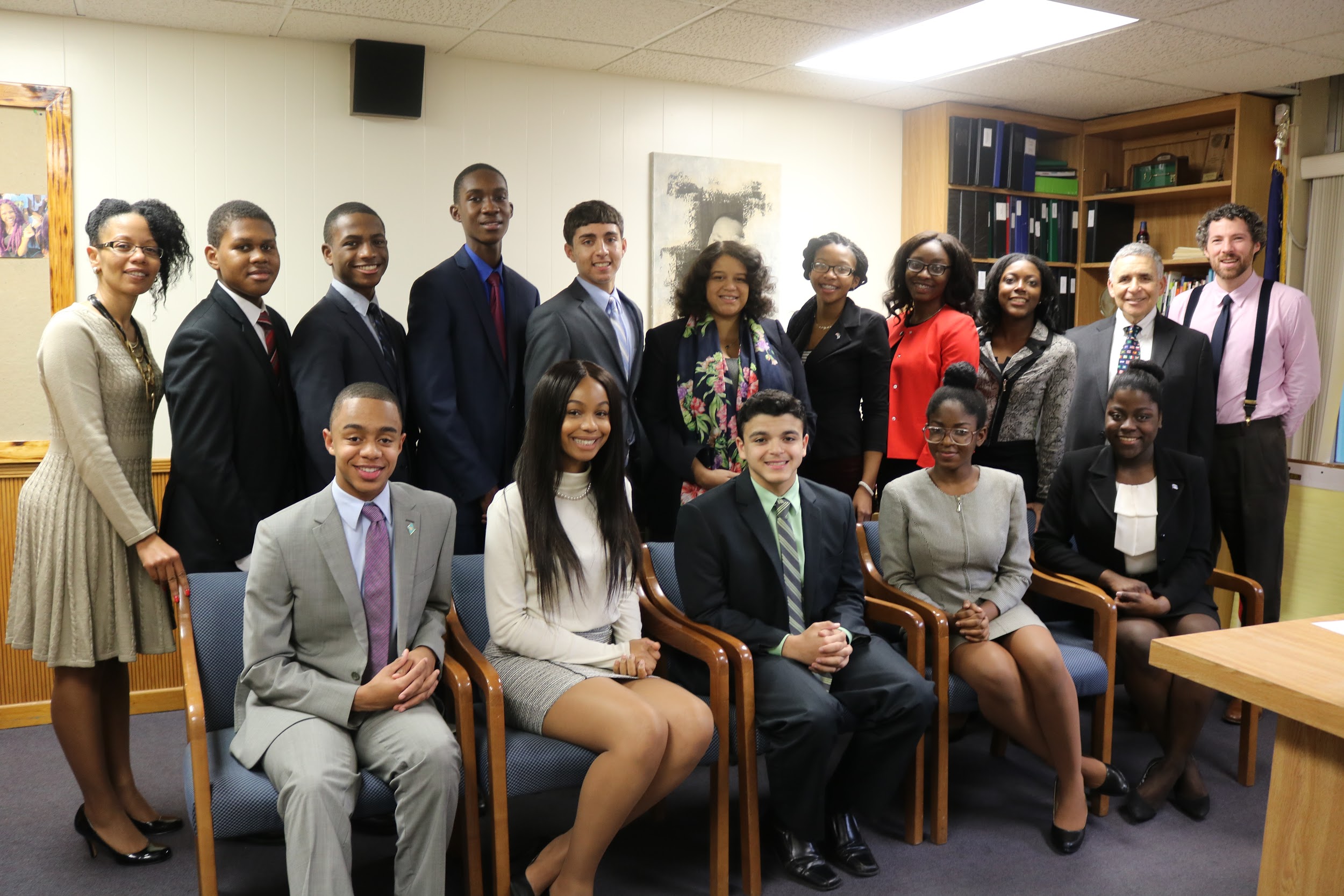 Augusta Uwamanzu-Nna, a student in the Elmont Memorial High School’s Science Research Program, was a finalist in the Intel Science Talent Search program. The program is the  nation’s oldest and most prestigious pre-college science competition. Augusta’s socially conscious work, “Rheological Characterization of Attapulgite Nanoclay Modified Cement Slurries for Oil Well Applications,” was chosen among over 1,800 students. Augusta is one of 40 finalists who will receive an all-expense-paid trip to Washington, D.C. in March, and will appear before a judge panel to present her work.

“It is truly remarkable what these students are doing,” stated Assemblywoman Solages. “They are pushing their limits and engaging themselves in deeper, globally conscious issues. The success of these students is a strong statement for the amazing work that their teachers and administrators are doing.”

The students and advisors were all honored with New York State Assembly citations.