The ducks were rescued from a storm drain on Dolphin Lane in the Broadway Knolls Apartment complex. 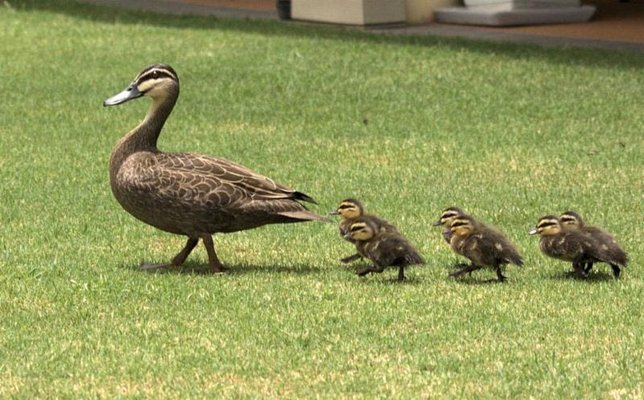 Holbrook, NY - July 13, 2014 - Six ducklings were re-united with their mother this morning after a Suffolk County SPCA Officer used a pool net to rescue them from a storm drain.
Roy Gross, Chief of the SCSPCA, said that the agency received a call at about 9:45am that some ducklings had fallen into a storm drain on Dolphin Lane in the Broadway Knolls Apartment complex in Holbrook. SPCA Officer Michael Allen responded and used a pool net provided by a neighbor to pull the trapped ducklings from the drain. He placed them with their nervously awaiting mother who scurried them off.
Videos via Michael Allen on YouTube.