Suffolk County Bans Tobacco, e-Cig Sales to Those Under 21

Suffolk residents under the age of 21 will soon find it a little harder to get a hold of cigarettes, e-cigs, and other smoking products. 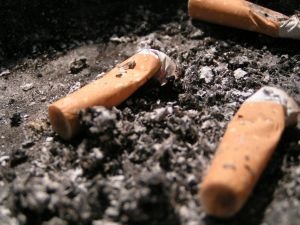 Yesterday, April 14, Suffolk County Executive Steve Bellone signed into a law IR 1039-2014—a bill which narrowly passed the Suffolk Legislature to prohibit the sale of tobacco paraphernalia to individuals under the age of 21. The ban will go into effect on January 1, 2015, barring young adults from purchasing cigars, cigarillos, cigarettes, e-cigs, liquid nicotine, pipes, and even rolling papers.

The new law builds upon previous legislation passed in 2009 which prohibited the use of e-cigarettes in the same places that normal smoking products were already barred—including restaurants, parks, beaches, offices, and hospitals—and rolls e-cigs together with the same legal restrictions as traditional cigarettes.

“This issue is complicated but everyone agrees that smoking is always hazardous to your health,” said Legislator Spencer, who sponsored the bill. “There is no question that in the 50 years since the Surgeon General issued his first warning about tobacco we have proven, using sound and repetitive science, that the chemicals in these products are highly addictive and deadly. Keeping tobacco products, and the unregulated e-cigarette merchandise, out of the hands of our teenagers will undoubtedly save lives.”

Lawmakers are hopeful that the new rules will prevent not only 18 through 20-year-olds from obtaining cigarettes, but younger individuals of high school age as well.

“Ninety percent of cigarettes purchased for underage smokers are bought by 18 to 20 year olds,” said Legislator Kara Hahn. “Raising the minimum age to 21 will save lives by putting legal purchases outside the social circle of most high school students and thereby reducing the supply available. If you reduce the supply, you reduce the use.”

Store-owners and employees who are caught selling tobacco to underage individuals after New Year’s will be subject to fines of $300-$1000 for a first offense, and an additional $500-$1500 for subsequent violations.

Similar efforts have helped reduce smoking among younger populations in the past. According to the Suffolk Legislature, both youth smoking and cancer rates in Needham, Massachusetts fell by nearly half after the town passed an under-21 ban on tobacco in 2005. Individuals who have not smoked by the age of 18 are three times less likely to ever start, and those who have not smoked before age 21 are twenty times less likely to begin.

Legislators who supported the bill argue that reducing the incidence of youth smoking in Suffolk could save the County millions in taxpayer dollars as fewer people will require treatment for tobacco-borne illnesses and health problems. A report from the Budget Review Office of the Legislature estimates that with the increased restrictions on tobacco Suffolk will save $54 million annually in primarily health-related costs; over the course of the next 50 years that could add up to $2.9 billion.

“By raising the legal age for purchasing tobacco products to 21, Dr. Spencer's bill embraces the full weight of science, medicine, and law,” stated Patricia Bishop-Kelly, a health advocate from Huntington and veteran member of the Department of Health Services.

“Children must not be left abandoned and exposed to the predatory practices of the tobacco industry. Understanding the risks of early addiction to nicotine, the potential for death or myriad severe illnesses, along with the extreme expense of future health care, this law will help prevent a new generation of our young from becoming addicted,” she added.

The new law follows a recent ban in New York City that also barred those under the age of 21 from buying tobacco, however there remains a large gap in the region that young adults could presumably exploit with relative ease. At present no such restrictions exist in Nassau County—where those 19 and older can still make purchases—allowing young city and Suffolk residents alike a nearby avenue to obtaining cigarettes.