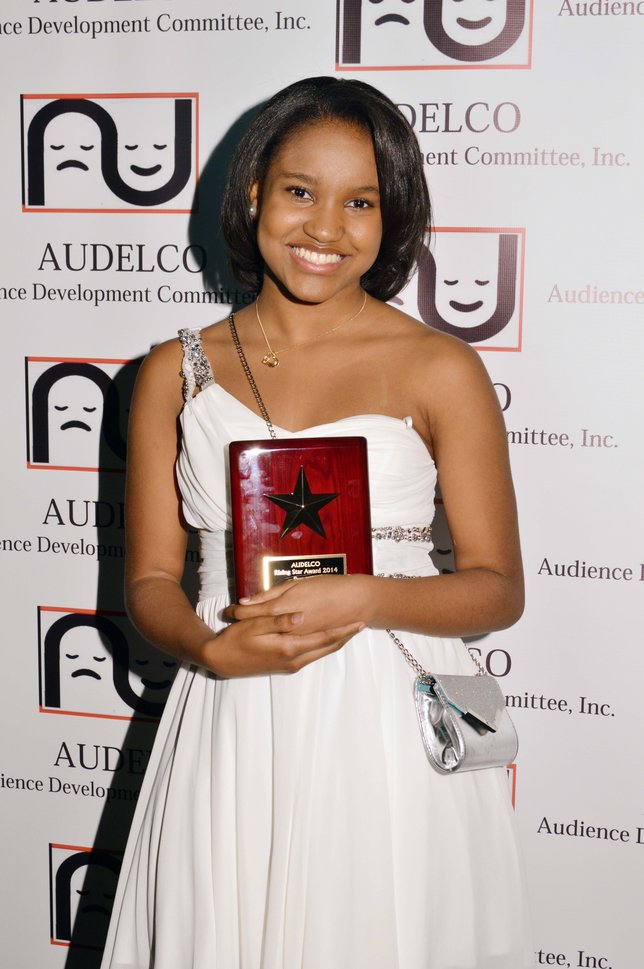 Standing before a packed theatre Colby Christina gave a riveting acceptance speech which will forever be noted in the Audelco and Entertainment World Archives.

Colby Christina stated: "I am excited about receiving this award and to all those whose shoulders I stand on, I am ready to work, ready to achieve and ready to rise... so call me".

About Colby Christina – Actor, Singer, Dancer, Choreographer and Advocate
Colby Christina is a Professional Dancer, Singer and Actress and has trained professionally since the age of two. She has been labeled a formable “triple threat” nationally and internationally. To her credit she has accomplished many “first” in the Arts and in Academia and is the recipient of many awards, citations, proclamations and honors.

In the Lead Role of "Alice" in the Stage to TV Production, “The Liberation of Mother Goose”, written by phenomenal Playwright Aduke Aremu, Executive Producer/Director, Peggy Alston, Musical Director Mario Sprouse and Director & Choreographer Abdel Salaam, Colby Christina captured the attention of many in the Theatre World and beyond.

About Audelco - The Audience Development Committee, Inc.
Audelco was established in 1973 by the late Vivian Robinson to honor excellence in New York African American Theatre through presentation of Vivian Robinson/Audelco Recognition Awards (VIV Awards). The awards were created to promote "Recognition, Understanding and Awareness of the Arts in the African-American community".

AUDELCO is still alive and thriving thanks to Grace Jones, President and others.