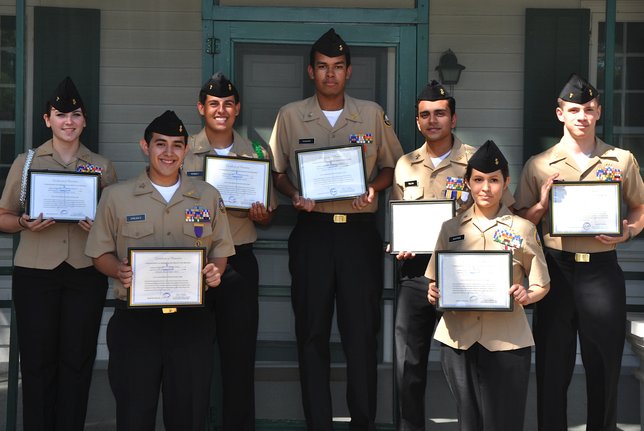 Mastic Beach, NY - October 20, 2014 - The William Floyd Navy Junior Reserve Officer Training Corps (NJROTC) recently held their cadet commissioning ceremony where seven seniors were installed as unit leaders. The ceremony was held in front of the Old Mastic House on the grounds of the William Floyd Estate, the site of the ancestral home of William Floyd, a Revolutionary War general and one of only 56 men to sign the Declaration of Independence.

“The new cadet officers have already honed their skills with two to three years of naval science studies, academic excellence and extracurricular activities,” said Senior Chief Becherer. “Now they can hold themselves to a higher standard because of their leadership and team building skills, and in their pride for the program.”