When it Comes To the Right Insurance for the Right Price, Long Islanders Need Look no Further than the Budde Agency

The Budde Agency is an independent company that offers all forms of insurance in hundreds of markets throughout Long Island, Queens, and Manhattan. 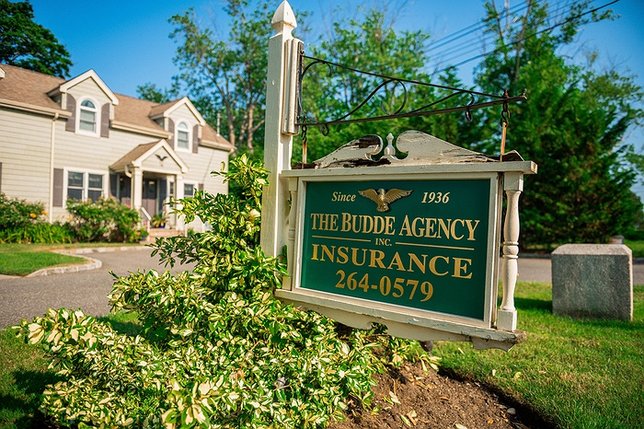 Photo by: The Budde Agency

If there’s one thing that you need to know when it comes to shopping for insurance, it’s that saving a buck or two in the here and now may end up costing you an arm and a leg in the long run. Therefore, when shopping for the right policy to protect you and your loved ones, you want an insurance professional on your side who has a vested interest in serving you right.
The Amityville-based Budde Agency is an independent company that offers all forms of insurance, both business and personal, in hundreds of markets throughout Long Island, Queens, and Manhattan. In addition, they also offer their services in several other states, including Florida, Maine, and Pennsylvania, according to CEO Richard Budde.
“Our job is to get you as a client and keep you as a client forever. And we do that by educating you, get you to understand what you’re buying, and getting you the coverage that’s right for you at the best price,” he said. “We shop for you and we do not take a service fee. Our allegiance isn’t to the insurance company; it’s to you, our client.”
The Budde Agency has been in the insurance game since 1936; according to Budde, the business was originally started by his great-aunt and then purchased by his father in 1948 after returning home from World War 2. From there, Budde joined the agency in 1979 and eventually purchased it himself in 1984, and he’s been running it ever since.
Working for an insurance company can be a vastly different experience than many other jobs out there; you’re liable to encounter your customers at some of the very worst points in their lives, such as after a car accident, home fire, major flood, or some other calamity. Budde has gotten calls at 2 in the morning and rushed over to the home of a client whose home has just burned down, but he says that it’s all just part of the committed relationship that he has with those who engage his services.
According to Budde, there’s a huge difference between an independent agent – such as the Budde Agency – and a broker or direct writer, and it’s important to understand the distinction between the three when shopping for insurance.
“An independent agent is the top of the ladder…we have all the authority with the insurance companies, so you can all me Friday night and ask for extra coverage for a party you’re having that night, and I can tell you you’re covered, and the insurance company has to back that,” he said. “An independent agent gives people more flexibility and they are dealing directly with the company. If we say it, the company is saying it. Brokers and direct writers cannot provide that.”
When it comes to dealing with the public within the context of being an insurance agent, Budde said that one of the most difficult aspects is the misinformation that is rampant in his industry. This is why he said that he goes to great pains to ensure that he educates his clients as much as possible so that they are able to make the right decisions when it comes to what policies they purchase.
“Most people won’t do anything until they have to, and all they can think about is how to save a few bucks and they believe these advertisements they see on television.” he said. “So I’ll try to educate people as much as I can and let them know that the insurance world doesn’t work the way they see it on TV.”
Budde notes that, despite the hard work and long hours he and his agents put in each and every week, the ability to help safeguard the things that his clients hold dear instills in him a great sense of pride and further cements the reputation that the Budde Agency has been building over the three generations that it’s been in business.
“I’ve been through every hurricane that’s hit Long Island since 1979, and that’s a lot of hurricanes,” he said. “We’ve handled every flood, every storm, and we have tons of markets for homes that are on the water. You want to know who you’re buying your insurance from, and you want to know that what you’re getting is correct. We have a vested interest in your well-being and if you have a fire we’ll be at your house in the middle of the night to answer your questions. Absolutely.”
To find out more about the Budde Agency, please call 631-264-0579 or visit www.buddeagencyinc.com.