The charges stem from Abelove’s handling of the April 2016 death of Edson Thevenin, a civilian who was shot and killed during an encounter with Troy police. 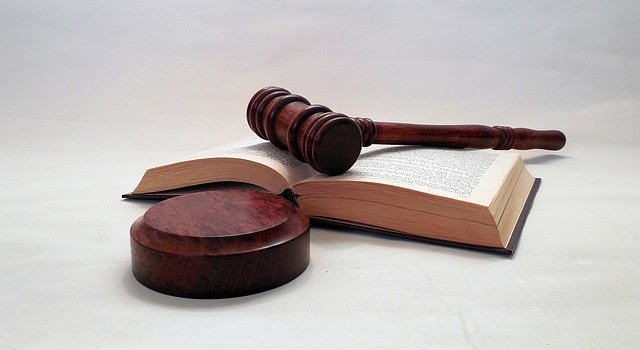 New York, NY - December 1, 2017 - Today, New York Attorney General Eric T. Schneiderman announced a grand jury indictment charging Rensselaer County District Attorney Joel Abelove with two counts of official misconduct and one count of perjury in the first degree. The charges stem from Abelove’s handling of the April 2016 death of Edson Thevenin, a civilian who was shot and killed during an encounter with Troy police.
In July 2015, Governor Cuomo signed Executive Order No. 147, appointing the Attorney General as special prosecutor in cases where a law enforcement officer causes the death of an unarmed civilian or where there is a significant question as to whether the civilian was armed and dangerous. Following the death of Edson Thevenin during an interaction with Troy Sergeant Randall French, the Attorney General’s Special Investigations and Prosecutions Unit informed Abelove that it needed further information to determine whether the death fell within the Attorney General’s jurisdiction, pursuant to the Executive Order. However, as the Attorney General’s office has alleged, instead of providing that information, Abelove quickly and surreptitiously presented the case to a grand jury.
In violation of both his legal and ethical obligations, Abelove allegedly withheld material evidence from the grand jury, effectively coopting its ability to make an informed decision about the matter – with the inevitable and intended result that no charges were brought against French. Furthermore, Abelove allegedly took the extraordinary step of conferring immunity upon French before the grand jury even took a vote, seeking to protect French from any potential future prosecution in the Thevenin shooting.
On April 29, 2016, Governor Cuomo issued Executive Order No. 147.4, empowering the Attorney General to investigate any “unlawful acts or omissions” by Abelove or any other law enforcement officer involved in the Thevenin grand jury presentation. Abelove then testified during the grand jury investigation into his handling of the Thevenin matter, and allegedly, in an effort to legitimize his own conduct, made a materially false claim about the granting of immunity by another prosecutor during the grand jury investigation of a prior police shooting handled by his office.
Today’s indictment charges Abelove with two counts of official misconduct, a class A misdemeanor, for knowingly withholding evidence from a grand jury investigating the death of Edson Thevenin and knowingly failing to secure a waiver of immunity from French as a condition of his testifying before the grand jury; and one count of perjury in the first degree, a class D felony, for making a false statement under oath to a Rensselaer County grand jury investigating Abelove’s conduct.
“As we allege, District Attorney Abelove’s actions violated the law and undermined a criminal investigation,” said Attorney General Schneiderman. “The Governor’s Executive Order was designed to restore public confidence in our criminal justice system – yet the actions we detail today only served to further erode that confidence. My office will continue to work collaboratively with law enforcement agencies across the state, including district attorneys, to ensure fair, comprehensive, and independent investigations of every case within our jurisdiction, so that families like the Thevenins get the answers they deserve.”
In March 2017, Abelove – in an attempt to stop the Attorney General’s investigation – filed suit against the Attorney General, arguing that Executive Order No. 147 was unconstitutional. The New York Supreme Court rejected Abelove’s claims and dismissed the suit in full in an August 2017 ruling.
This case is being prosecuted by SIPU Deputy Chiefs Jennifer Sommers and Nick Viorst. The Attorney General’s Special Investigations and Prosecutions Unit is led by Chief Deputy Attorney General Alvin Bragg. This case was investigated by Attorney General Investigators Ronald Enfield and Mitchell Paurowski with assistance from Deputy Chief Investigator Antoine Karam and SIPU Assistant Chief Investigator John Sullivan. The Attorney General’s Investigations Bureau is led by Chief Dominick Zarrella.
The charges are merely accusations and the defendant is presumed innocent unless and until proven guilty in a court of law.