Retailers and Shoppers Gear Up for Black Friday Savings

Black Friday 2016 promises to be as full of sales and discounts as ever before. 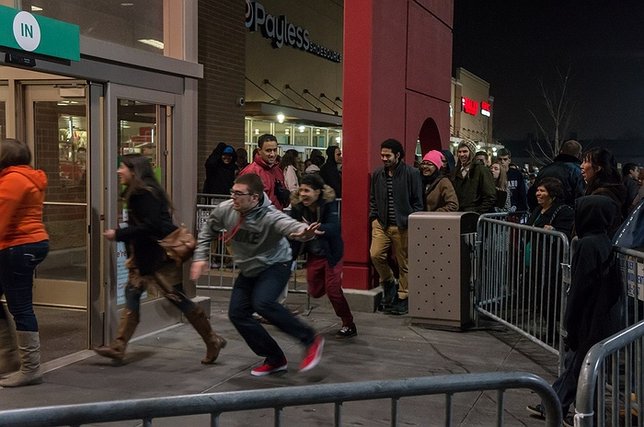 "Black Friday" has expanded to cover a lot more ground than just the day after Thanksgiving in recent years. Retailers have taken advantage of the recognition the name holds by promoting Black Friday-caliber sales throughout the month of November, and many have even begun opening on Thanksgiving itself instead of waiting for Black Friday proper to begin.

Regardless of when, where, or for whom one shops, there's no denying that Black Friday comes with a great many sales and promotions, and some discounts so steep they can represent a sizeable savings for anyone getting a jumpstart on his or her holiday shopping.

Everyone from electronics retailers and hardware stores to cosmetic companies and home goods specialists are looking to lure shoppers with doorbusters and day-long deals, making Black Friday as much a part of the holiday season as it has ever been.

Of course, quantities on many items can be limited, and there is often a lot of competition for time-limited sales like doorbusters, so if there's a sale you're after it's always advisable to read the fine print and try to make sure the item you want will still be available when you head to the store. Some of the year's biggest deals can be found at the following retailers.

Amazon
The biggest name in online retail has the distinct advantage of never needing to close, as anyone can access their website at any time. As always, Amazon will be promoting Black Friday with various deals of the day and "Lightning Deals" that are only available for a brief period and in limited quantities throughout the holiday weekend. Due to the temporary nature of their sales, you'll be best off visiting Amazon.com at various intervals to see what's on sale and what's scheduled for a discount in the coming hours, but they have announced some upcoming deals including:

Best Buy
Best Buy will be opening at 5pm on Thanksgiving this year, then pausing for a brief respite from 1am to 8pm before reopening Friday morning. This year's highlights include:

Kohl's
Kohl's will be opening its doors at 6pm on Thanksgiving and staying open overnight, with doorbuster sales ending at 1pm on Black Friday. Deals include:

Old Navy
The popular purveyor of clothing will be open on Thanksgiving from 4pm (6pm for Deer Park location) until 12am. Black Friday Hours will vary a bit more from store to store with many being open 12am - 10pm, others open straight through until 12am Saturday, and the Gardiner Manor Bay Shore Location open 9am - 10pm. Highlights Include:

P.C. Richard & Son
P.C.  Richard & Son has resisted the urge to open its doors on Thanksgiving since that trend became popular among other retailers several years ago. This year is no exception, and workers and shoppers alike can look forward to a little extra sleep as they have pushed their store opening time back to 7 AM Friday morning. This year's deals include:

Sears
Like many other stores, Sears will be opening at 6pm on Thanksgiving. Sears stores will then close at midnight, and reopen at 5am on Black Friday. Deals this year include:

Sephora
Sephora stores are generally located in shopping malls and will likely follow the Black Friday schedules of their respective malls, so check out the individual locations nearest you for info on their actual hours this weekend. This year's deals include:

Target
Target will be opening its doors from 6pm to 12am on Thanksgiving, then reopening at 8am on Black Friday. Highlighted sales include:

Toys R Us
Toys R Us will be open at 5pm on Thanksgiving and stay open straight through closing time on Black Friday (likely 10pm or 11pm, depending on your store). Sales this year include:

Ulta
Ulta plans to open its stores at 6pm on Thanksgiving, but given its prevalence in shopping malls the store hours of any individual location may be up to the mall that houses it, so be sure to check your local store's hours before heading out. Black Friday deals include:

Walmart
Walmart is often credited with generating the initial push from Black Friday into Black Thursday, and this year will be starting its sales at 6pm on Thanksgiving then staying open for Friday. Store hours may vary slightly so check with your local Walmart if you plan on shopping in the wee hours of Friday morning. Top deals include:

Whether you're shopping online or braving the crowds in-store, have a happy and safe Thanksgiving weekend!