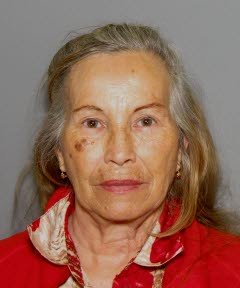 Brentwood, NY - November 21, 2014 - The Suffolk County Police Third Squad detectives have issued a Silver Alert for a missing woman who may have the onset of dementia.

Cruz is described as a white Hispanic, 4 feet 10 inches tall, weighing 90 pounds with grey/blond hair and glasses. She was wearing a blue jean jacket, blue jeans, a black suede sweater and a brown purse. She has a birthmark on her right cheek.

Detectives are asking anyone with information about Cruz’s location to contact the Third Squad at 631-854-8352 or call 911.